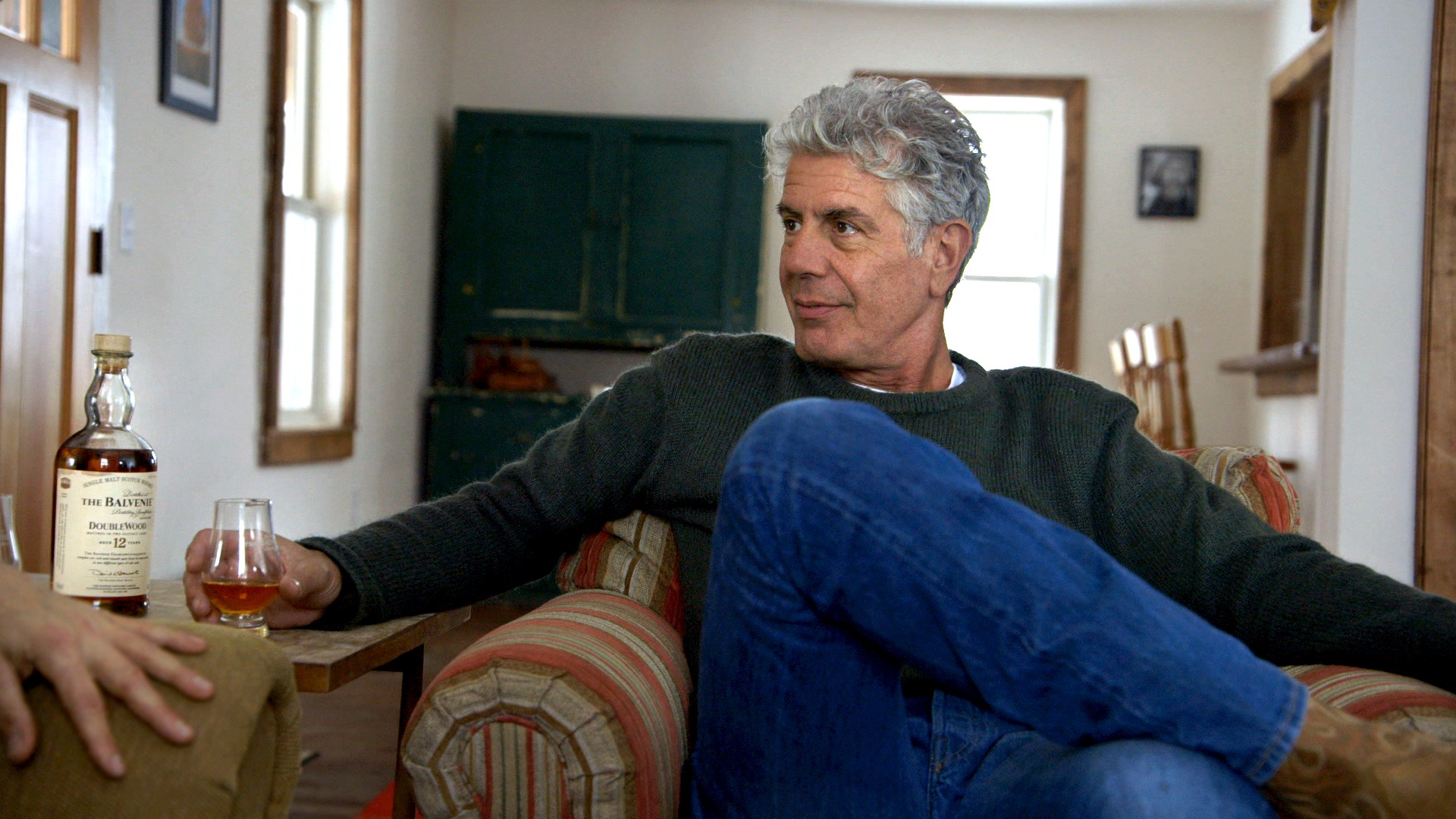 Take a minute (or six) and watch this. Go ahead, we’ll wait. Fair warning, though: you may want to pour yourself a dram.

What you just saw was sponsored content done well. Why? Three reasons:

The original recovering addict of New York cuisine, Anthony Bourdain loves calling bullshit when he can. He’ll tell you why not to order fish on Mondays, what’s really going on in the back of kitchens, and why Sandra Lee’s Kwanzaa cake was a war crime.

And he calls bullshit on himself, too. Just watch the second season of the Layover, as he gets increasingly frustrated with his travel guide prop and disparages it at every opportunity. Or when he eats a sausage on a bun in Dublin and tells his crew that there’s no deeper metaphor here, just bread and sausage, and why the hell can’t they leave him alone for two minutes?

The Balvenie Is Selling Craft

Take a gander at The Balvenie’s website, and you’ll see that they’re emphasizing the craft of whisky. Or to put it as they do, the “five rare crafts of whisky-making.” The Balvenie is selling craft: you want what they have because it’s handmade, artisanal and rare.

Of course, this is true of many of their competitors — we’re sure the distilleries next door also have coopersmiths repairing their stills, coopers building barrels and a guy in charge making sure everything tastes good. But The Balvenie has realized that people want more than just the end product in the bottle — they want a story about the craftsmanship that put the whisky in the bottle.

Borough Furnace is something of a known commodity in design and artisanal circles. Go ahead and look at their shop page— $300 skillets are backordered into May. That’s serious cachet, no matter how you look at it, and The Balvenie wants in on it.

And that’s how you get a mutually beneficial exchange. The Balvenie bankrolls and gets to sell craftsmanship, Borough Furnace gets some exposure and provides the indie cred, and Bourdain is there as the arbiter of what’s cool, legitimate and authentic.

Then there’s the fourth party in this exchange: the audience. We get a little more of our favourite angry chef, a hot tip on a cast iron skillet our kitchen desperately needs, a little cooking demonstration, and best of all, a six-minute video that never once feels like a commercial.