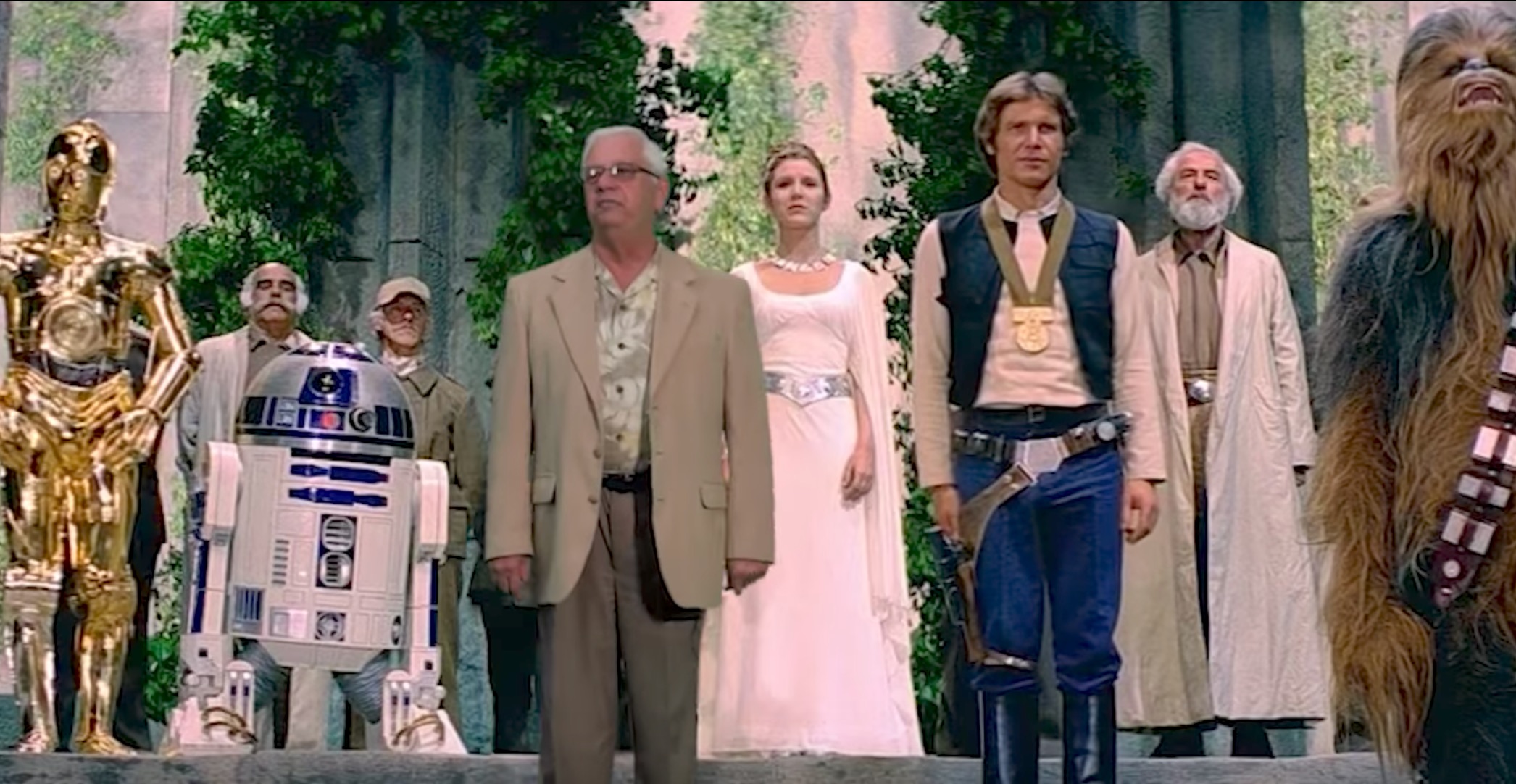 The Cowboys of Compton, Canada drone 150, and Star Wars gets a root canal.

This month, Guinness introduced us to the cowboys who live in Compton, Duracell celebrated Canada 150 with a drone, and some very creative Star Wars . . . well, we’ll explain.

Let’s start with a question: how do you make an epic root canal commercial? Well, if you’re Steve Abernathy, a dentist from Arkansas, you splice yourself into this scene from Star Wars. Granted, this video is going to die a quick death thanks to Disney’s legal team, but it’s probably the only way anyone is going to sit through an explanation of lasers and dentistry. So is this good content marketing? Sure, in the sense that it’s funny and interesting. But it’s also going to get taken down quickly, as content marketing doesn’t fall under ‘fair use’. Remember that if you choose to go down the parody route of content marketing.

BBC’s Blue Planet II is one of the most gorgeous documentary series ever. Now that the show is coming to BBC America, BBC is promoting the series with this short, complete with score by Hans Zimmer and Radiohead. The footage for this five-minute short is from the series, and the accompanying music is a reimagined version of Radioheads’s “(ocean) bloom” from their 2011 album The King of Limbs. Note that you can’t get this kind of depth in a 30-second commercial spot. By embracing a content marketing mentality, the BBC has done something special. Of course, we assume the track will be available for download. That’s the smart content marketing thing to do.

Guinness & The Cowboys of Compton

Did you know that there are guys riding horses around Compton? We didn’t either, but Guinness’s YouTube channel is creating short documentaries about interesting subcultures around the world, so now we do. Part of the reason this work is because it speaks to Guinness’s message about going your own way in life, but we suspect the bigger reason is that a three-minute documentary is digestible to teach something new and Compton cowboys are interesting enough to share.

How do you prevent an outbreak of unwanted kittens? If you’re New South Wales’ RSPCA, you record a five track album with hits like “Desex Me Before I Do Something Crazy”. Cat Ballads: Music to Improve the Lives of Cats is weird as hell, but, as we’ve recently noted, weirdness can sell.

Seriously, though, spay and neuter your pets.

At the beginning of the year, we asked if your brand should tap into Canada 150. And had some do’s and don’ts. Anyway, more than a few brands jumped on the Canada 150 bandwagon, but Duracell may have jumped the hardest. Their Explore 150 project, produced with Maclean’s, has a microsite, a drone feed, and stories from people all over the country. It’s so Canadian that it bleeds maple syrup.