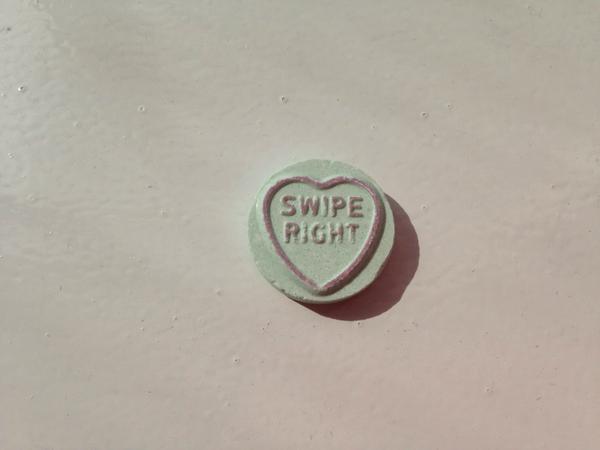 Tinder's for marketers. Twitter's for losers. And why we can't have nice things.

With Valentine’s Day just around the corner, it time to talk about Tinder.

Tinder’s not just for anonymous sex any more. Now you can also advertise on it! Or at least certain companies can, and here’s a list of some successful recent campaigns. Predictably, the campaigns have leveraged the dating app’s iconic swipe right (hot)/swipe left (not) gestures. We’ve gotta think guys who found themselves matched with “Ana” were profoundly disappointed once they discovered she was a fake human played by a real actor in the movie, Ex Machina.

Twitter is now the Yahoo of social media.  Things just keep getting worse for the once mighty social platform. Yesterday, they released their Q4 results. They weren’t awful – they missed their revenue target by just a smidge, and user engagement (as measured by things like time spent per user on the platform) was actually up over last year. But what’s really, really, really scary is that the number of monthly actives has actually decreased – not by much, just 2 million – but in Silicon Valley and on Wall Street, you immediately get a big “L” slapped on your forehead for that kind of performance.  And despite the increase in ad revenue, we know don’t anybody in content marketing who says the platform is essential to their content distribution plans.

The company is trying to fix its problems, and they announced some enhancements yesterday.  One is a more Facebook-like timeline where Tweets are presented based on user’s interests, location, followers, and previous tweet engagement, rather than in chronological order. Even though it will be an option, the reaction among Twitter loyalists has been predictably hyperbolic. We don’t think that feature will turn Twitter’s fortunes around.

Twitter still holds two important advantages over Facebook – real time news, and customer service. The company said yesterday that it will double down on the former, so that’s encouraging.  But our money is on Facebook to steal both from them.

Marketing automation is all the rage, and we couldn’t be happier about it. Collecting the contact info of someone who consumes your content is the last mile in content marketing. But as with most innovations, there are many who are now abusing it.  You may have noticed lately more and more lead collection forms that attempt to shame users who say no to giving up their contact information.

Car+Driver, for example, on a form promoting premium content about beautiful cars, provides this gem of an opt-out: “No thanks, minivans are more my speed.” Nothing like a bit of passive-aggressive name calling to nurture a relationship with a prospect, huh?

Lydia Laurenson, a media strategist in San Francisco, is fighting back with a blog shaming these marketers called The Cruelest Opt-Outs.  Proof that we just can’t have nice things.