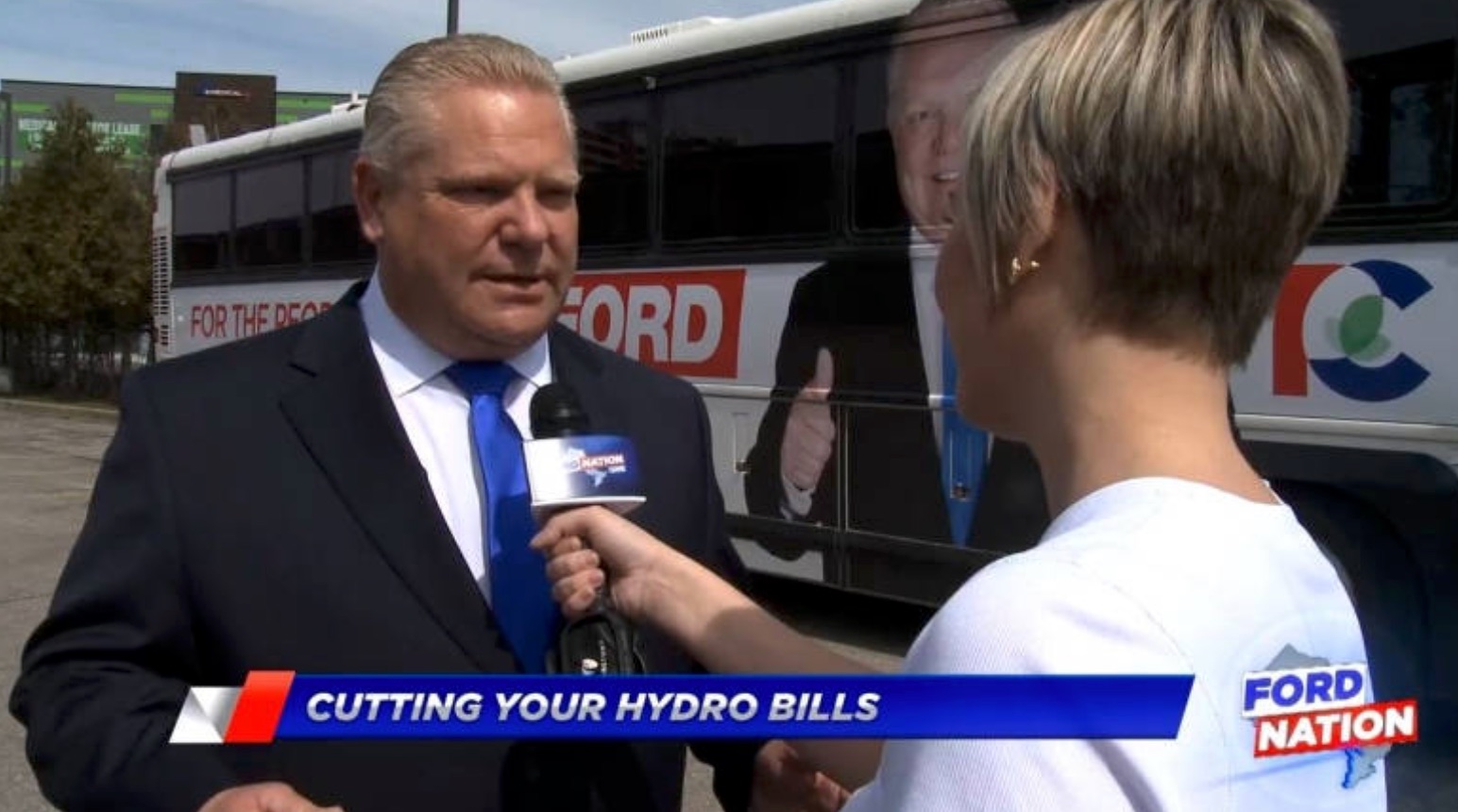 Let's talk about the relative success of a particular kind of political content marketing.

Right now, there’s a political content marketing campaign in the Ontario election that has been making quite a bit of news. If you’re in Ontario, you’ve probably seen these Ford Nation videos in your Facebook feed. Sometimes it pops up as an advertisement.

And let’s be clear: we’re talking about videos that pick up more than a million views. Most other political videos can’t hope to reach those numbers. We aren’t endorsing one party or another, we’re just focusing on the content marketing. Ready? Let’s go.

Remember those Pierre Poilievre cringe-worthy Universal Child Care Benefit expansion videos on YouTube? Probably not. Their views numbered in the hundreds. Sometimes. They didn’t really do their job, cost a bunch of money, and now they’re gone from the government YouTube channel where they used to live. You can take a look at one on Poilievre’s personal channel, where it did a little better. In fact, we’ve written about this previously. Political content marketing in Canada is mostly dull, rife with ethical issues, and rarely lands. Here’s the Ontario Liberal’s dumb attempt to seem cool.

Once upon a time, Doug Ford used to use his Ford Nation YouTube channel. Even though it did well, relative to other political content marketing, Ford is focusing on Facebook. Why? Because elections aren’t just about candidates winning over voters. Ideally, you want voters who get so psyched they go out to try and win over their personal networks. Facebook is where those networks live. Focusing on Facebook as a content platform makes a lot of sense in terms of distribution. On top of that, hardcore supporters can fill up the comments section and drive engagement.

Apparently the Liberals are asking for an Elections Ontario probe of Ford’s videos. Their complaint is that said videos look like legacy cable news that might be confused with real news and that they don’t contain the legally required official logo and disclaimer. We’ve said in the past that honesty is the best policy and we’re inclined to think that Ford’s video runs into advertorial territory.

Ford says the Liberals have done the same thing before. That’s sort of true. In 2007, the Ontario Liberals did a video series called Live News Update with Ben Chin that sort of had the same news conceit. But those videos look more like off-brand Daily Show than off-brand Fox News. It’s hard to imagine an audience confusing the Ben Chin videos with a real news channel.

It’s probably true that by passing the Ford Nation videos off as real news, Doug Ford is picking up some supporters.

It’s probably also true that the majority of Ford supporters aren’t confusing this stuff with real news at all. In fact, they probably like the fact that real news organizations have covered this stuff negatively. An adversarial relationship with the media is a selling point in Ford Nation (as it was for Trump before Ford).

And finally, it’s probably true that a complaint at this point won’t help much. The genie is out of the bottle. It has been for weeks. Even if this video is taken down, it’s been effective. If there’s going to be some kind of regulation for political content marketing during election season, it’ll have to be significantly faster and more reactive than what we’ve seen here.