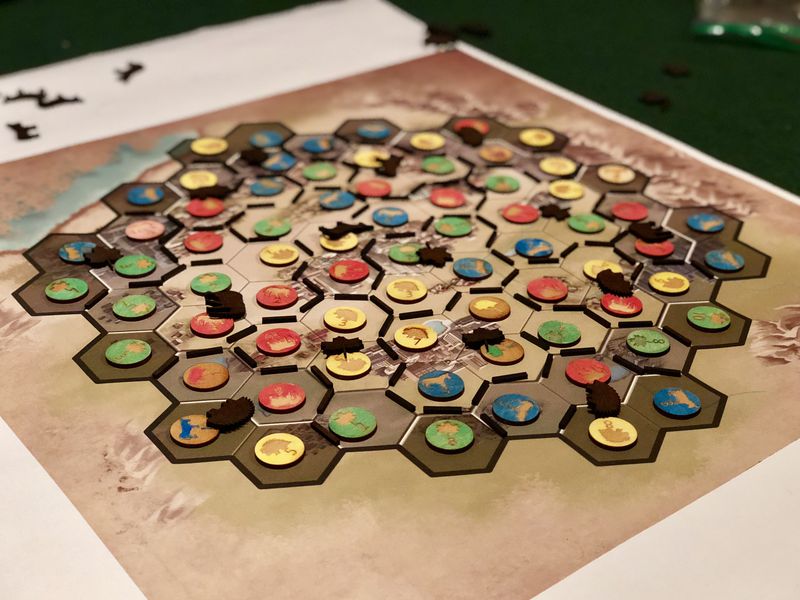 Weezer is on Fortnite, a new BostonDynamics robot, and a game about gerrymandering.

This month, Weezer featured heavily in a Fortnite update, the BC Coroner’s Service launched an interactive map, and anti-gerrymandering campaigners made a board game.

Weezer released their new album at the beginning of the month, but Fortnite players got a bit of a sneak peek. Players who loaded the game in creative mode could take the battle bus to “Weezer Island”, a Weezer theme park of sorts with mazes, skate parks, and collectibles, set to the sounds of Weezer’s newest tunes. As Ars Technica noted, the whole thing was a bit like Second Life, and may suggest that there’s more pop culture events in Fortnite’s future.

In the United States, there’s a broad political movement to end gerrymandering, which is the practice of drawing political boundaries in such a way that it favours one party or group. (Here’s a more in depth video on the subject.) Anyway, political movements like this can be a bit difficult for people to understand, and that’s exactly why they benefit from games.

Enter the Gerrymandering Game. The brainchild of Louis and Joshua Lafair, players of the Gerrymandering Game run political parties and compete for voters not by campaigning, but by redrawing districts to make them as unfair or as lopsided as possible. Games are an ideal form of content for making a serious or complex point, and we’re always happy to see games used this way.

BostonDynamics Shows Off a New Robot

Boston Dynamics, best known as the robot company behind the quadruped BigDog, has a new robot. It’s called Handle, and it can stack stuff on pallets. This neat video has picked up coverage from all the regular tech publications like Engaget, MIT Review, and Ars Technica, but it’s also getting into mainstream publications like Business Insider and the Daily Mail. Granted, most businesses don’t have cool robots to show off, but the internet has a deep love for videos that show how things are done, how things are made, and other behinds-the-scenes content. It’s easy to make, so it’s a bit of a wonder more businesses don’t do it.

The BC Coroner’s Service Launches an Interactive Map

If you’re a coroner or the cops, your options for content have been pretty limited. Press releases and posters are the traditional tools for eliciting public help. In content marketing terms, TV shows like America’s Most Wanted remain the way to get public attention.

But here’s another tactic. The BC Coroner’s Service has launched this interactive map, featuring the details of over 200 unsolved cases. Essentially, the map shows you the location of discovered remains along with as much information as possible, dates found, sex, approximate age, and even pictures of things discovered with the remains. The idea is to get as much information out there as possible and maybe jog some memories.

This is a standard episode of Hot Ones. Shaq is a funny guest who tells interesting stories and the whole thing is sponsored by Skittles, but there’s nothing that makes this episode of Hot Ones different than others, so why are we including it?

Well, we’d like to make a simple point. If you’re a business who wants to put your logo in front of people’s faces, you can’t skip content creators. Adblock and the skip ad button prevents an awful lot of consumers from seeing traditional ads, so the smarter option is to pay content creators to put your logo in their content. Ten million people have seen this video (as of this writing). Every single one of those people saw the Skittles logo at the beginning, but we doubt even half saw the ad before the video.