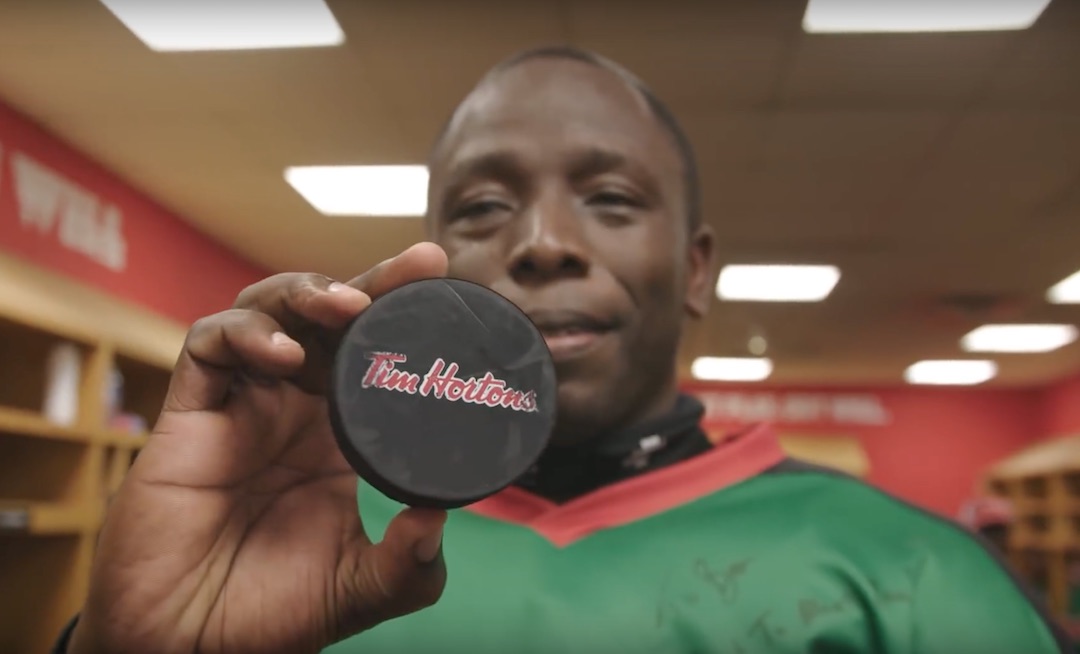 This month in content marketing, NVIDIA recreated the moon landing, Kenya’s hockey team visited Canada for a game courtesy of Tim’s, and it was Fat Bear Week at Katmi National Park.

Four years ago, graphics card makers NVIDIA use their then top-of-the-line graphics technology to recreate a picture of Neil Armstrong on the moon. In doing so, they debunked a part of the faked moon landing conspiracy theory. After all, it would be hard for NASA to fake the moon landing without graphics that wouldn’t be invented for decades.

Now, NVIDIA is launching new GPU architecture called Turning, which has real-time tracing technology. It’s a pretty big deal. And to demonstrate, they recreated the moon landing. Conspiracy theorists love to claim that certain lighting and shadows in the moon landing footage is wrong or proves that the whole thing was done on a Hollywood back lot, but when NVIDIA recreated the scene with their new GPU, which can “render reflections, shadows, ambient occlusion, global illumination and other visual phenomena” instantaneously, the light in their recreation acted exactly as the light in the original footage of the moon landing.

Not only is this video a neat demonstration of their technology, but their chosen topic is bound to attract moon landing conspiracy theorists and the type of people who like to mock said conspiracy theorists. As NVIDIA cheekily puts it, “Either the Apollo 11 landing is real. Or NASA figured going to the moon was too hard, built a time machine instead, and sent someone 50 years into the future to grab an NVIDIA RTX GPU.”

Canadiana and feel-good stories are a key part of the Tim Hortons brand. That’s why they found the only hockey team in Kenya, flew them to Canada, and had them play a real game. Also, Nathan MacKinnon and Sidney Crosby showed up to play on the Kenyan side. Schmaltzy? Sure. But hockey fans are a sentimental bunch. Now if only Tim Hortons coffee was as good as their marketing department.

Once upon a time, we wrote a pretty good article about writing killer content marketing for very boring companies. And our very boring example was a cardboard box company. Now, Paper & Packaging isn’t exactly that, but it’s the closest we’ve ever seen.

Paper & Packaging is—you guessed it—an industry group that promotes paper and paper based packaging. Fifteen minutes on their site will be amongst the most boring of your life. So how on earth can you make that interesting? Well, they put Mental Floss on the case. Mental Floss is all about interesting and entertaining facts, which they display here. See, proof that even the most boring business can inspire killer content marketing.

How does a national part promote itself? Easy: by creating a bracket where fat bears face off against each other in a Facebook-driven public popularity contest ending with victory by the fattest bear.

See, fall is the season where grizzlies get fat. They add hundreds of pounds in preparation for winter. So the folks at Katmi, which is in Alaska, take before and after pictures of their bears. They post them to Facebook, pit one bear against another, and the winner moves on to the next round.

National parks produce a lot of majestic content and a lot of interesting content, but Fat Bear Week adds a little dose of humour and a whole lot of audience engagement. That’s a big part of what makes it fun. It even made the BBC. Hopefully, this starts a new wave of bear-based content marketing.