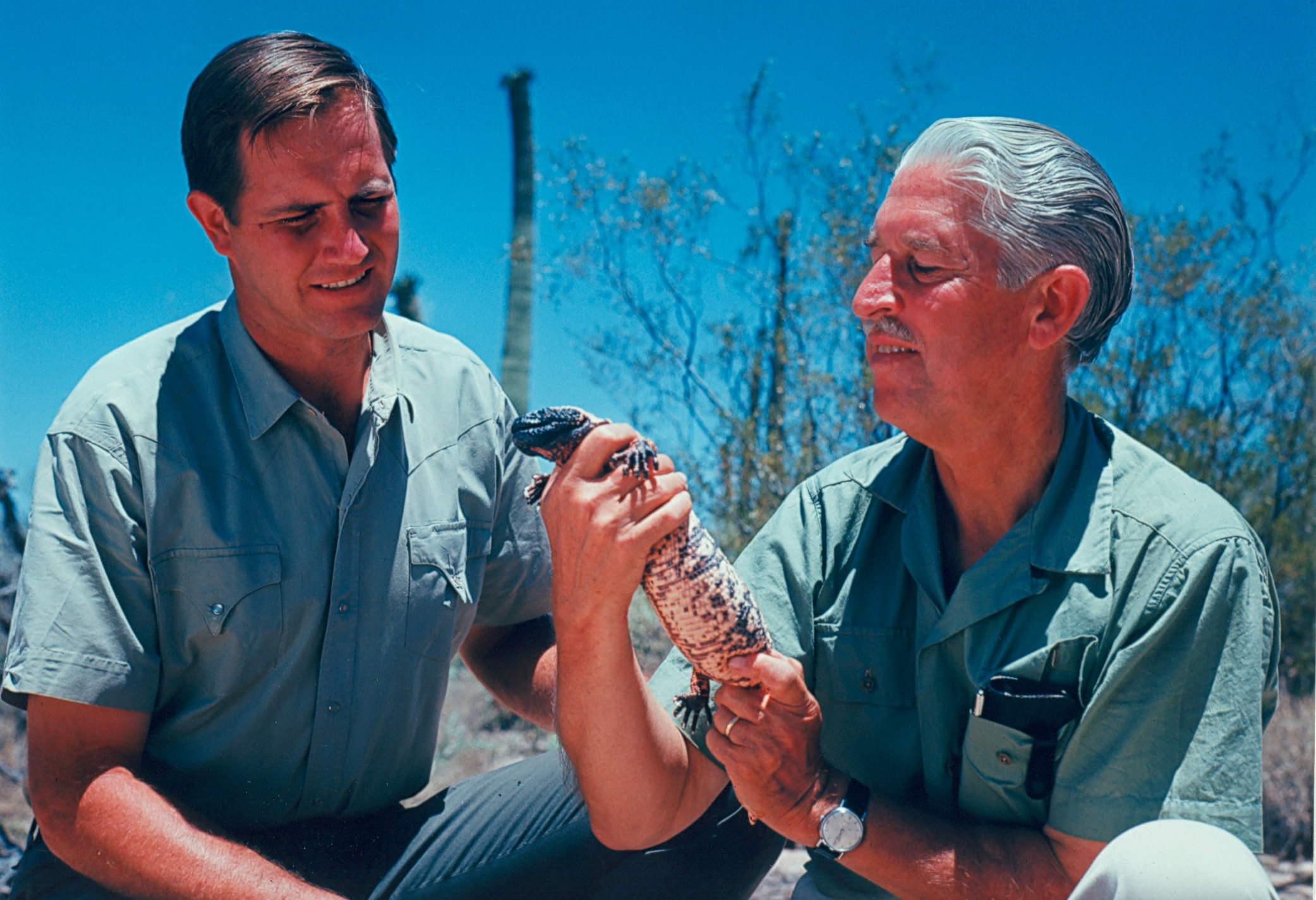 I didn't realize they were selling me insurance. I was five.

When I was a kid growing up in rural Newfoundland, I had a Sunday evening ritual with my parents: Watching Mutual of Omaha’s Wild Kingdom.

Debuting 51 years ago, many of us of a certain age will remember the opening segment of that show, with the dashing zoologist Marlin Perkins leaning out of a helicopter with a radio in hand.  The show also featured a young Jim Fowler, who was often parodied as the guy who did the dangerous stuff with lions and crocodiles while Marlin narrated from the comfort of a studio in Burbank.

The show was hugely informative and taught kids important lessons not just about the animal kingdom, but also about ecology and the environment, long before they became hot-button political issues.  It also introduced us to exotic locales around the world, pre-internet and travel channels. I credit the show for starting my lifelong love of travel.

Looking back I now realize that Marlin Perkins was, in fact, a brilliant content marketer. And despite its age, the show still stands as a paramount example of branded content done right.  Because the show was so darn interesting, viewers didn’t mind the repetition of the sponsor’s name (and it was frequent in every show).  And week after week, the Mutual of Omaha brand was seared into the consciousness of millions of people.

At the time, I didn’t really care to know what Mutual of Omaha actually sold. But that changed in 1980: I was taking my first trip abroad as a teenager, and my parents bought me Mutual of Omaha travel insurance. I remember thinking that it just made sense that the company who took me around the world (virtually) as an 8 year-old, was doing it in real life as a young man.

That’s smart brand-building content marketing. And the show endures, though without the worldly Marlin Perkins: You can watch the latest webisode here.