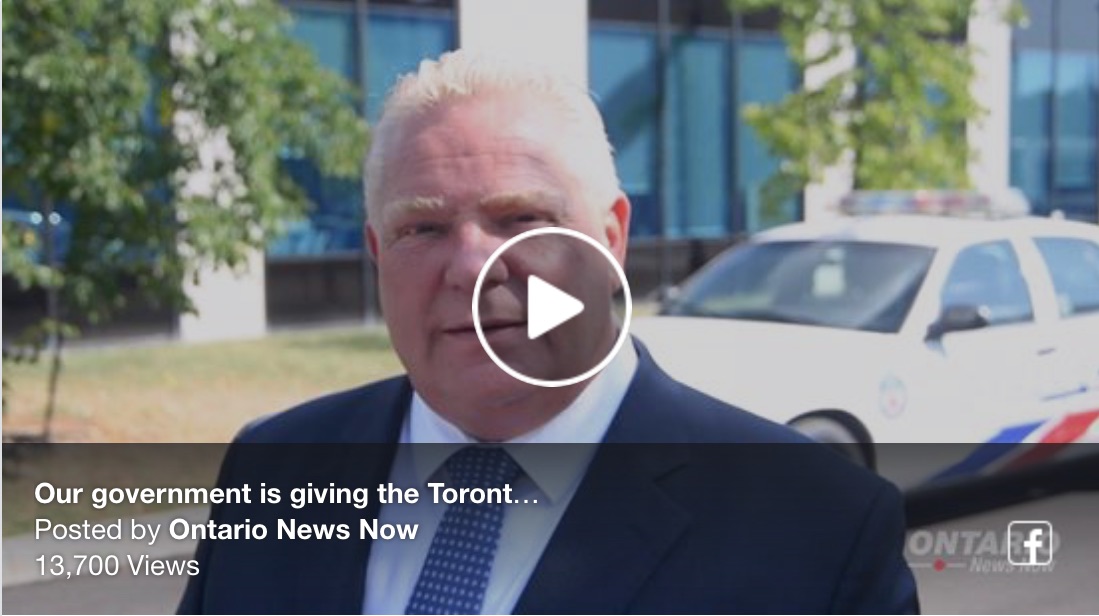 Most politicians are pretty terrible at content marketing. So herewith are some ideas we have for them.

Before the Ontario election, Doug Ford took some flak for creating his very own news channel, hosted by his assistant.

Now, Doug Ford is taking flak for creating Ontario News Now, a PR platform dressed up as real news. Christine Elliott has confirmed that the endeavour is funded through the Conservative party caucus budget, which gets its money from taxpayers.

But let’s leave partisan arguments to one side. Other parties don’t run their own fake news networks, but they do things like run commercials and send out mailers. They use content to market themselves. But most are pretty terrible at it. So here’s some of what we’d like to see.

We’re in the golden age of the explainer video. Want to know why airlines oversell their seats? Wendover Productions can tell you. Need a simple explanation for string theory? Kurzgesagt has one. And just what does a conductor do on stage? Here’s Vox with an answer.

A good explainer video is a short, no-frills explanation of something specific. They’re the exact type of sharable, snackable media that pollyannaish consultants won’t stop yapping about.

If you’re a government who needs to explain a new program or policy idea, maybe note what makes a Vox explainer video work and try that. But make sure that whatever you come up with doesn’t feature Pierre Poilievre.

Are you an up and coming politician with pretty good speaking skills but no audience in the House of Commons (or whatever chamber you occupy)? Well, backbencher, stop giving speeches to an empty room and start a podcast.

Podcasts have never been hotter, but let’s remember that there’s a long history of politicians using the old time equivalent, radio, to connect with voters. Roosevelt’s fireside chats played a major role in explaining his policies. Perhaps more importantly, they helped calm the US with his reassuring rhetorical style, which became a major part of his brand.

Similarly, when Barack Obama was a senator, he started podcasting. It’s hard to find now but here’s a taste. When other senators were completing with each other for newspaper column space by trying to coin the shrillest quote or throw the most theatrical hearing, Obama brought a thoughtful message to potential voters with ten minutes of audio every week.

If you’re a millennial, maybe the first time you ever encountered a municipal budget was in the game Sim City 2000. Too many cops and schools could bust your budget. But draconian tax rates would mean that your commercial zones would stay barren. In a game where fires, tornados, and alien invasions could wreck a city, even more cities were undone by a poor understanding of bond repayments.

Why do I bring this up? Because if there’s a politician out there who wants to demonstrate what should be cut from the budget, what’s too much money, what we can afford, or whatever, the way to do so is with gamification. Make a simple game about the budget. Show people what happens when infrastructure is funded more or less, or show us wait times and death rates when we fund more or fewer hospital beds.

Can’t put the whole budget into a game? Of course not, but a simplified one can still work.

Not sure if people would like it? Look, management simulation games are a big genre.

Isn’t it just easier to whine about cutting money or spending money, depending on your political stripes? Sure. But, assuming your have a substantive point to make, content marketing in the form of a free-to-play game would be a more engaging way to make said point.