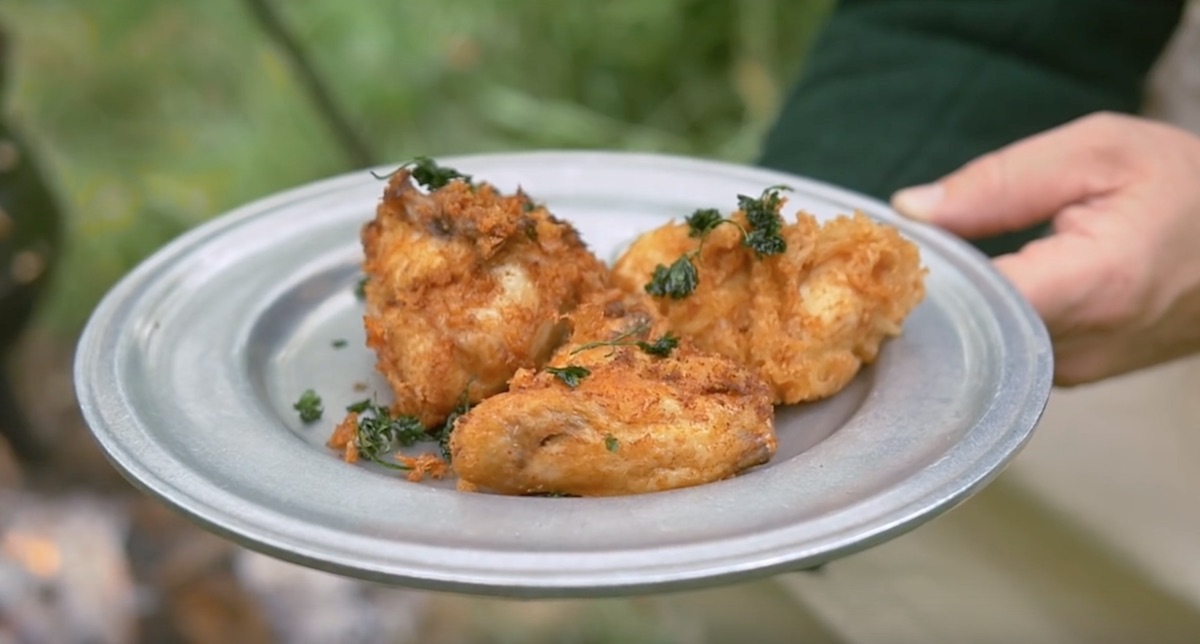 Is there any problem fried chicken can’t solve?

James Townsends & Sons is a manufacturer and retailer of all things related to 18th and 19th century re-enacting. You need a tricorn hat? They have several. You want a spider skillet? They can outfit an entire period accurate kitchen with completely usable gear. You want to make your own candles? They have the materials to do that too.

And that’s what their content was for a long time. Stuff like caring for your reproduction leather shoes, how they make pottery, and what 1830s men’s clothing they sold were the topics covered. Interesting to a very specific set of people, no doubt, but not especially popular. Now, these videos have around 15k views, probably because of their pivot to something more broadly appealing.

Seven years ago, Townsends posted a video on what 18th century soldier’s rations were like, and it picked up a million views. They followed this with an entire series on 18th century cooking. A couple of videos, like one on preserving salt pork and another on soup, stew, and hash, picked up more than a million views. Clearly, they’d hit on an amazing idea. In fact, the next season, they actually built an entire period-accurate 18th century kitchen.

There are plenty of cooking videos on the internet. But there aren’t many with a presenter who dresses entirely in 18th century clothing, only using 18th century tools, and only using methods used in the 18th century. Oh, and all the recipes are from 18thcentury cookbooks.

This cooking series has gone on for 14 seasons. Everything the presenter wears and all the equipment he uses is stuff Townsends sells on their site. They still make videos less interesting to the broader internet and more specific to re-enactors and history buffs, and these non-cooking videos still tend to get fewer views than the cooking videos, but there’s an important dynamic at play here. The cooking videos bring in a broad audience, and some of that audience who maybe hasn’t tried re-enacting, hasn’t considered it, or doesn’t know about it, get drawn in to Townsends’ more specific content. It’s a two-part strategy that works. Besides, now we know where to get our tricorn hats. Okay, that’s a joke, but in all honesty, their camping stuff looks pretty good, and we might end up as their customers too.