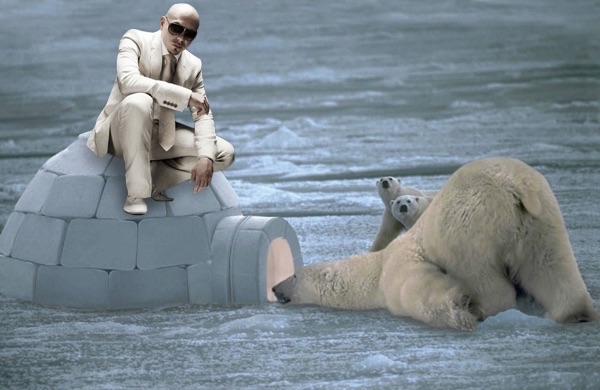 Talk about content marketing with a client, and you’re undoubtedly going to talk about engagement. How many shares can you get us? Retweets? Likes?

Online Polls Are a Prankster’s Paradise

The winner of a vote for a free Taylor Swift concert was a school for the deaf.

Pitbull had to play a concert at the most remote Wal-Mart in America.

A contest to name a new Mountain Dew flavour was inundated with suggestions like “Diabeetus”, “Fapple”, and the winner, “Hitler Did Nothing Wrong”.

The common thread? These were all online polls that went horribly, horribly wrong.

And we know what you’re thinking. Couldn’t they just have a guy monitor the poll and delete the offensive suggestions? Or at least rig that Pitbull poll so that he didn’t have to play in Kodiak, Alaska? Well, we’re sure that those things were considered when these online polls were conceived. What wasn’t considered is that a) people who like to prank online polls are far more numerous than the people who run them, b) pranks can pick up terrible momentum online, and c) you can’t rig a poll once it’s attracted enough attention to impair pranksters without looking foolish.

With a seemingly endless stream of brutality cases, the New York Police Department thought that a big happy social media campaign would turn things around. So they launched the hashtag #mynypd with this tweet, outsourcing feel-good content to the denizens of Twitter.

Do you have a photo w/ a member of the NYPD? Tweet us & tag it #myNYPD. It may be featured on our Facebook. pic.twitter.com/mE2c3oSmm6

It went as well as you can expect.

If you can’t walk, don’t worry, the NYPD will carry you. How helpful! #myNYPD pic.twitter.com/XMLDXTAe3i

Of course, most arrests don’t photograph well. That’s sort of the joke about this campaign—even pictures of cops doing the ugly parts of their jobs well are still going to look terrible.

Lesson: If your company or client needs context, nuance, or something complex to describe their narrative, social media is not the way to go.

American Apparel wanted a plus-sized model and decided to hold a contest to find one. Unfortunately, they thought it was a good idea to call it “the Next BIG Thing”. And call for “booty-ful” and “XLent” women with “extra wiggle-room” and “full-sized fannys”. And have said women send in pictures which American Apparel would post on their site, after which users would vote on the best-looking.

Gross? Yes. That’s why actress Nancy Upton did a spoof photo shoot (NSFW) featuring her bathing in ranch dressing, dousing herself with chocolate syrup, and holding a pie over her nude body. She figured that American Apparel would get that she was mocking them and never accept the pictures. 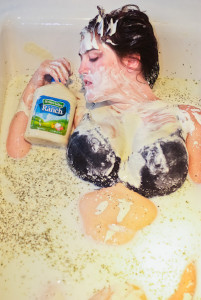 But American Apparel posted them anyway, and guess what? Upton won the contest, because plenty of other people were disgusted by the whole thing and decided to stick it to American Apparel.

Oh, and the whole thing got even more nuts when American Apparel emailed Upton to tell her she wouldn’t be winning the prize. Not nuts enough for you? Well, American Apparel creative director Iris Alonzo thought it would be a good idea to write a thousand-word snarky response (it’s the most epic example of how not to do PR), and bafflingly, also send it out to press covering the story. And things have only gone downhill for the company since then.

Lesson: Let’s go beyond the obvious “don’t be offensive” and “learn how to communicate like a decent person” lessons. At some point, content you create will offend someone and they’ll take it up in your engagement. The right move, always, is to accept responsibility and respond with more engagement. In this case, maybe Alonzo could have posted a picture of herself with an egg cracked over her face. At least, it would have been more self-aware than her actual response.