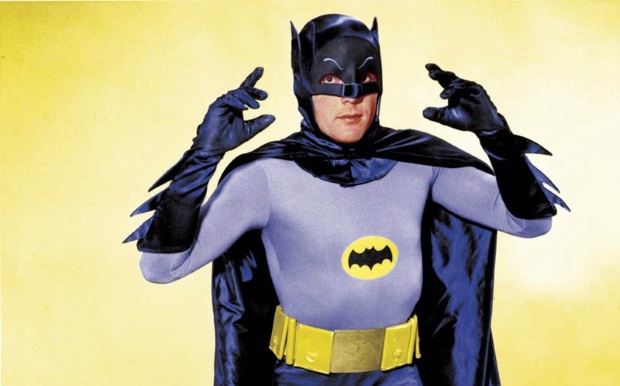 What would the Caped Crusader do with your latest content assignment?

We often ask ourselves: what would Batman do?

No, seriously. We’ll be asking ourselves a question like “What content marketing could we possibly write to fulfil this contract from a pool table manufacturer?”

And then we follow that question with another question: what would Batman do?

Well, first he’d probably say, “I am the night!” in a super deep voice, flick his cape, and dive off the nearest neo-Gothic cathedral. Then he’d ignore the assignment, since Batman is a billionaire and we doubt that Wayne Enterprises does content marketing. Then he’d spend six nights straight learning every annoying trick shot in the book, because Batman is better than anyone at pretty much everything he tries. Maybe Oracle would spend that time clicking away on the Batcomputer, compiling a list of real-world pool sharks. Then Alfred would gently remind Batman of all the times he’d fought bad guys at a pool table. Perhaps Batman would deign to share with Robin a few pointers to improve his pool game, or maybe run him through some classic pool hustles to teach Robin a lesson about trust (and that Batman is a jerk). And if this an Adam West Batman, there’d be a line of pool table related gadgets, like Anti-Smoke Hound Spray.

So what the hell was the point of all that hot nonsense? Well, that was an admittedly ridiculous example of role brainstorming. With role brainstorming, you imagine how someone else might solve a problem. It could be a superhero, but it could also be your father, a celebrity, or a company—anyone. Role brainstorming forces you to adopt a different perspective and use said perspective to solve problems.

Batman may be a silly place to start, but from that exercise, we did get a few useable ideas for hypothetical pool table manufacturer:

And maybe if the pool table manufacturer was fun, we could do the list of times Batman fought bad guys at a pool table, or a series of drawings of ridiculous Adam West Batman pool table accessories.

Examples of roles: Different ages, income brackets, nationalities. People from the past or future. World leaders like Ghandi, Napoleon, the Pope, Barack Obama, Tony Blair. Celebrities like Kanye West, Cher, or Steven Spielberg. The cast of the Breakfast Club. The Beatles. Go highbrow and put yourself in the shoes of Kant, Hobbes, Kierkegaard, or Rand. Go middlebrow and use the Looney Tunes.

Bonus: Role brainstorming works best when you use a sequence of related figures. For example, we could follow Batman with Superman, Wonder Woman, Green Lantern, etc. Or, for a more real-world example, you could imagine promoting our hypothetical pool table as Apple, Microsoft, Samsung, Google, Amazon, etc.

No matter what you’re trying to do, there are a bunch of variables between you and your goal. Let’s take the most common goal to any kind of content marketing: you want to drive traffic to your website. Well, if we break apart the idea of traffic, we can find a whole bunch of variables. We can sort them demographically: genders, ages, occupations, races, etc. Or we can sort them by entry points: Twitter, YouTube, Facebook, blog mentions, etc. Or we can make a list of keywords we want to be associated with in organic search. Once we’ve broken up those variables, we can use them as a jumping off point for further brainstorming.

Starbursting is nearly as old as mind mapping and nearly as misused as challenge brainstorming. But it’s very effective.

You start by stating your central premise.

“We’re the marketing board of [Anytown, USA], so we’re going to forgo the usual billboard and TV spot ad campaign and promote our city with content marketing in the form of blog posts.”

Next, you look at each element of your premise and ask “why”. Once you’ve sorted out the answers, you ask “why” again. We aren’t sure why this method is called Starbursting I and not Annoying Toddler Brainstorming, but it works because it exposes gapes in your thinking or reveals motivations more important than the central premise.

Annoying question guy: Why are we promoting our city?

Annoying question guy: Humour me; why are we promoting our city?

Annoying question guy: Why are we using blog posts?

Terse answer guy: Because blog posts can promote all those things.

Annoying question guy: If we wanted to promote them separately, could we do it with blog posts?

Annoying question guy: Could we use the blog posts as a home base for our campaign but work out separate strategies for promoting things like restaurants and nightlife?

Terse answer guy: Sure. Let’s come back to that.

Annoying question guy: Why else are we using blog posts?

Terse answer guy: We’d retain internal control if we created the content marketing for our own blog.

Annoying question guy: Is it important that we retain internal control? Don’t people like taking pictures of food at restaurants and stuff? Will we be able to use all that user-generated content if we’re just blogging?

Terse answer guy: Maybe; let’s put a pin in that and come back to it.

And so on. Maybe after more back and forth our hypothetical example would start imagining a campaign like New Orleans’s content marketing driven Follow Your NOLA, which is anchored by their blog but features picture-heavy guest posts on Buzzfeed, a series of videos on food, shopping, and nightlife, and a robust social media presence.