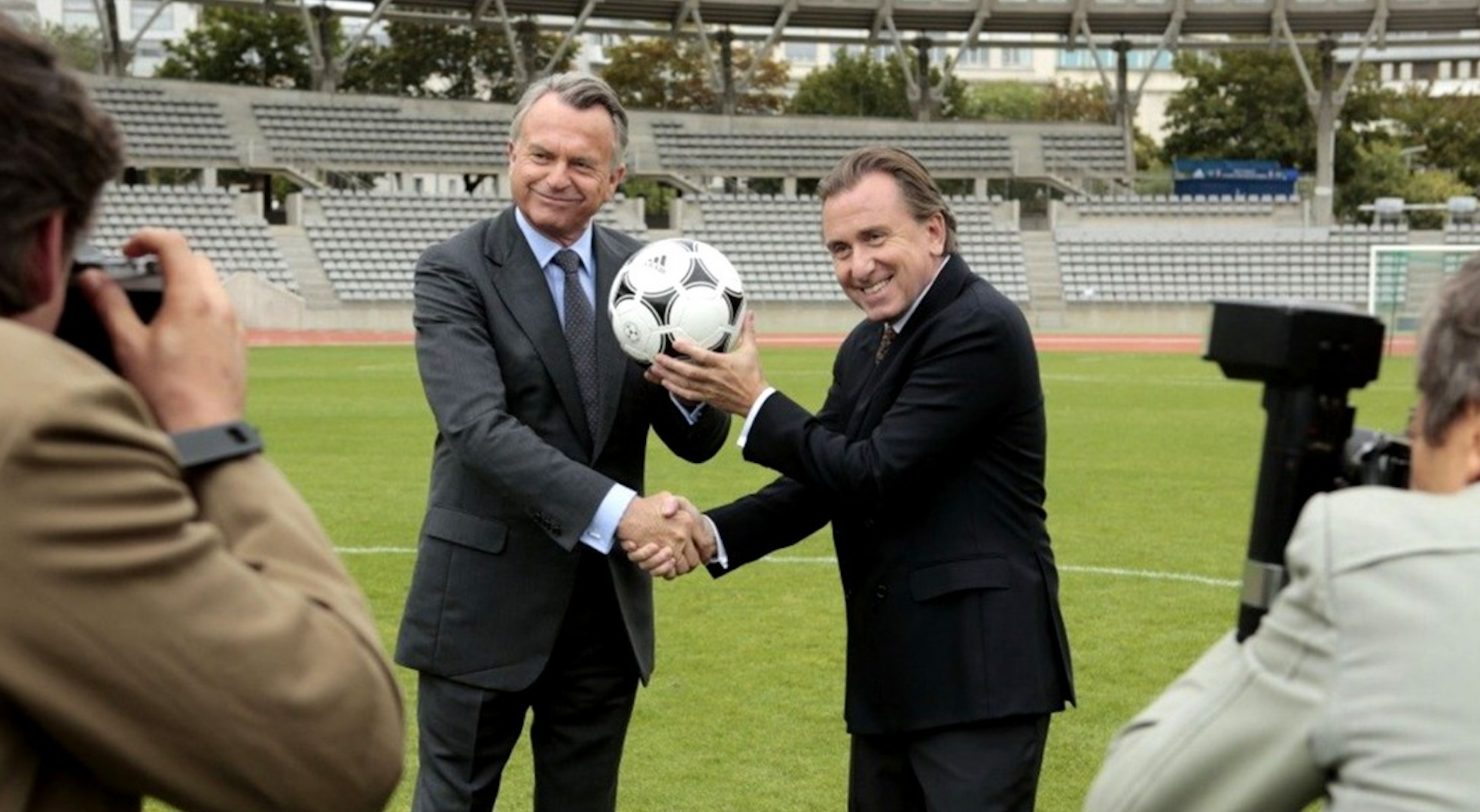 Most businesses who want to get into content marketing start a blog. If you’re Kraft, a magazine. Or if you’re Red Bull, a publishing empire. Most would have the good sense to avoid making a feature film about themselves. But FIFA is not an organisation with good sense.

Seven years ago, FIFA bankrolled, to the tune of $30 million dollars, a feature length film about the foundation and administration of FIFA. No, seriously. There’s so much that’s amazing about this tone-deaf piece of garbage that it’s hard to know where to start.

For openers, in a movie about sports, FIFA’s movie focuses on administration. This would be like if a Batman movie focused on stress-testing the carbon fibre used in the costume. Or if we had a World War Two thriller all about rationing and crop yields.

And of course, the lead character is Sepp Blatter, better known as the disgraced former head of FIFA who is suspended from the organisation and got fined a bunch of money for corruption. But in Sepp Blatter’s vanity project, he’s a no-nonsense executive who faces down corrupt FIFA members and . . . forces them to vote him president? What?

Combine all this and you get one of the worst movies ever made, not to mention one of the most ill-advised examples of content marketing ever created. It’s not even bad in a fun way, like the Star Wars Holiday Special. It’s just a very boring movie where football executives shake each other’s hands and get to be inexplicably successful for no good reason. With any luck, FIFA will make a sequel. We hear that the new head, Gianni Infantino, has been implicated in the Panama Papers and says he knows what it’s like to be discriminated against for being gay or a migrant worker because when he was young he was bullied for having red hair and freckles.

Know who did a content marketing feature film right? Lego. Notice how they didn’t make their movie about corporate executives reading manufacturing schematics? Do you notice that, FIFA?