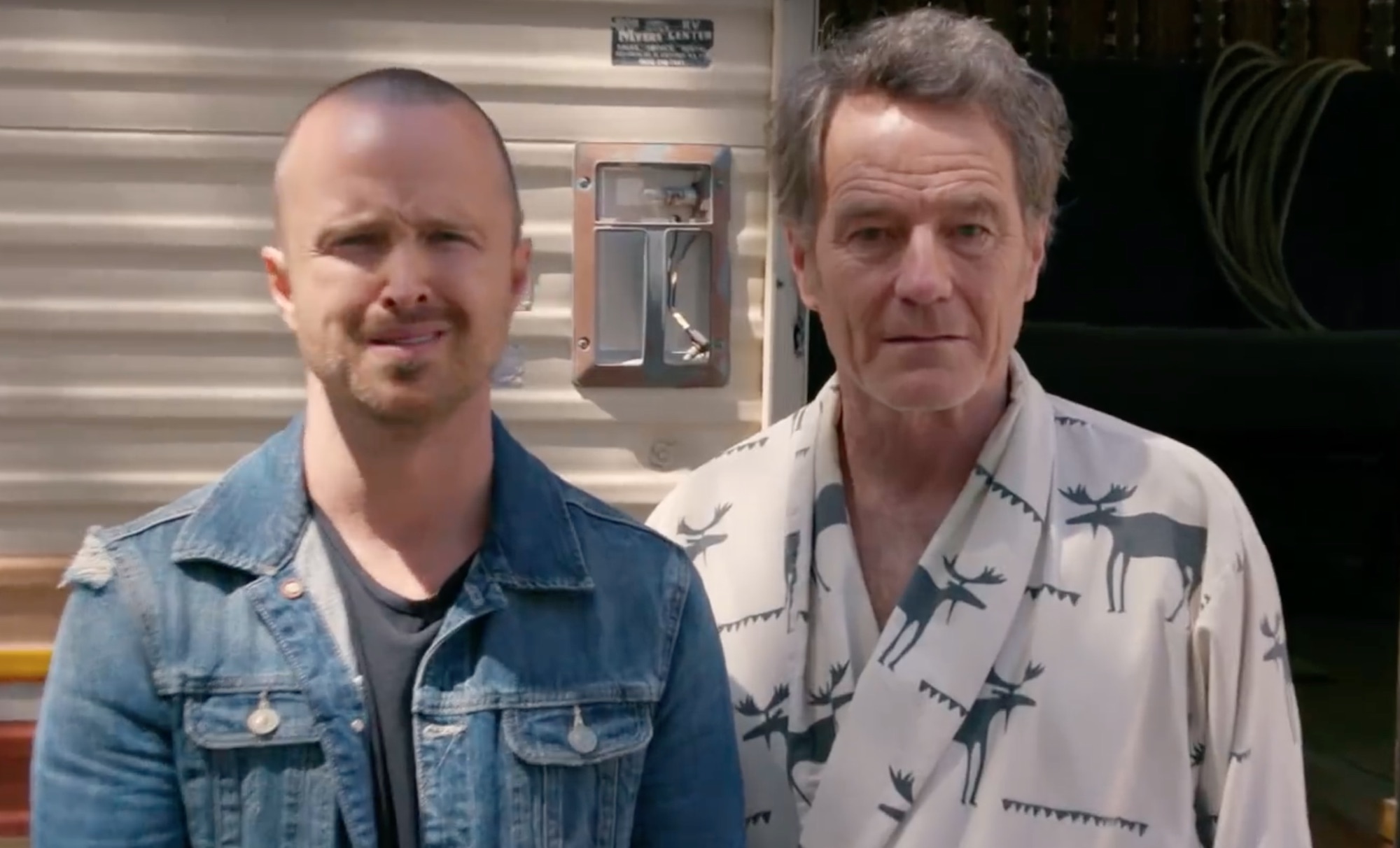 Pizza farms, the Ocho, and the (near) return of Breaking Bad.

This month, Nick Offerman grew a Pizza Farm, KFC decided to bring back ESPN’s the Ocho, and Breaking Badcooks meth for charity. Well, not exactly.

Omaze is an online fundraising platform promising the prize of completely unique experiences in exchange for raising money for causes. Singing karaoke with Kermit the Frog? Chat about the West Wing with Martin Sheen? Hang out with Anna Kendrik and Blake Lively on a red carpet? All can be had by giving money through Omaze.

The neat thing about the platform is that content marketing is built right into the model. For example, to promote the prize of hanging out with Bryan Cranston and Aaron Paul in their Breaking Bad RV, Omaze shot this fun little short that has racked up nearly two million views. All donations support the National Center for Missing and Exploited Children and Kind Campaign, by the way.

We’ve seen lots of healthy eating PSAs and most are pretty sad. Or worse, boring. Thankfully, this satirical pizza farm spot with Nick Offerman is anything but. It even comes with a call to action and hashtag at the end. To save healthy school lunches, you see. We’re thinking more PSAs should take a humorous approach.

Simone Gietz is the Queen of Shitty Robots. She makes cool stuff like robots that can give manicures or drones that carry small children, but they’re bad at their jobs. It goes on YouTube and becomes super popular. Audible is a pretty good fit for Simone’s content. Also, Simone is recovering from brain surgery, so it’s good to see her back making content so soon.

KFC Brings Back ESPN The Ocho

ESPN’s the Ocho comes from the 2004 movie Dodgeball. If you haven’t seen it, we insist you add it to your weekend line-up.

Anyway, ESPN has actually run content for the Ocho before, last year. This year, it’s coming back thanks to KFC, who is planning a “Battle of the Buckets” sporting event. KFC will sponsor a whole day’s worth of Ocho content, which will include whatever KFC has planned, two showings of Dodgeball, and a bunch of sports content including cornhole toss, hurling, light sabre duelling, chess boxing, and other weird stuff. Because weird stuff is KFC’s brand.

Last year, the Daily Show launched a presidential library of Donald Trump’s tweets. It was reportedly pretty funny, but alas, only around for a weekend.

If you missed out, then perhaps you can enjoy The Donald J. Trump Presidential Twitter Library, the book. Fans seem to love it, and we’re sure there’s someone in your life who needs this book.

So score another content marketing win for the staff over at the Daily Show. We can’t wait for their take on the Donald J. Trump Presidential Jail Cell.