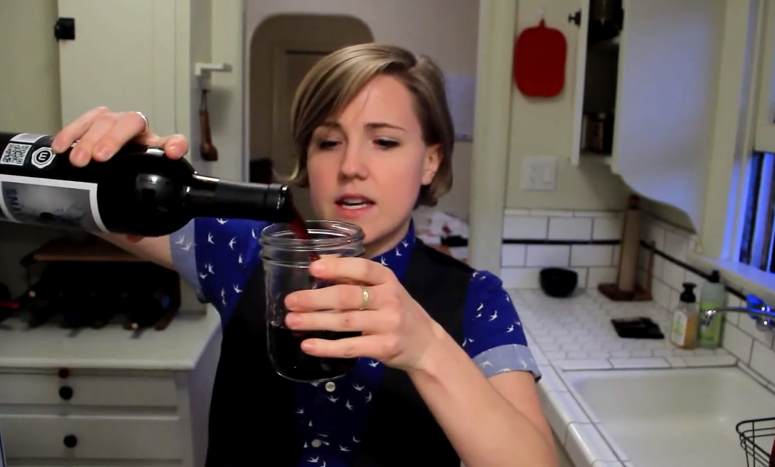 Netflix, SpaceX, and a belly full of food content marketing.

This month, Netflix is helping you measure your internet speed, Snapchat filters are everwhere, and the host of My Drunk Kitchen is a new content marketer.

Just how fast is your internet? Well, head on over to fast.com and see. The site, powered by Netflix, tests just how fast your connection speed is and is a direct competitor to the once ubiquitous speedtest.net by Ookla. Netflix has been fighting with ISPs over internet speed for years; this new content marketing is just the latest (and most effective) salvo.

You may never have heard of Mondelez, but you’ve eaten their products. They do everything from Oreos to Cadbury, and now they’re doing a whole lot of content marketing. They’re branching into film, television, and digital platforms, and they’re starting with three big initiatives. First, they’re doing a live event presented by Stride Gum that will feature pro skydiver Luke Aikins jump out of a plane at 25,000 feet “with nothing but the clothes on his back” before landing safely. We guess he’ll intercept a parachute mid-fall? Anyway, the next thing they have lined up is a partnership with BuzzFeed, which will no doubt feature more of their hyper-popular recipe content (that we’ve written about before). Finally, they’re launching some branded mobile games. Expect a Sour Patch Kids game later this year.

SpaceX has been posting videos of them landing their rockets for three years now, and guess what? They still get constant news coverage from the press. We guess when what you do is so cool you can just film it, post it, and call it awesome content.

Snapchat filters have quickly become ubiquitous. This month, filmgoers could turn themselves in to mutants with an X-Men Apocalypse filter (and then even buy their tickets with the app). Cadbury got on the Snapchat train first, though, with this weird but popular filter. Our favourite filter, though, was put out by the Conservative Party of Canada, which is probably the first time they’ve ever done content marketing well. See, Conservatives? People want funny social media tools, not Pierre Polievre on YouTube.

Although we’ll concede that Polievre still counts as a funny social media tool.

Cool Snapchat filter from the Conservative Party of Canada re: Trudeau + elbowgate pic.twitter.com/Tu6JSyysK6

You’ve probably seen Hannah Hart in action before. She’s the host of very popular YouTube series My Drunk Kitchen, which, if you haven’t seen it, features Hart getting drunk and cooking. It’s pretty funny. Anyway, she’s the face of Barilla’s new food channel While the Water Boils. She doesn’t get drunk but she does interview interesting and popular people, ostensibly while waiting for pasta water to boil. First episode: Bill Nye. He’s some kind of science guy.