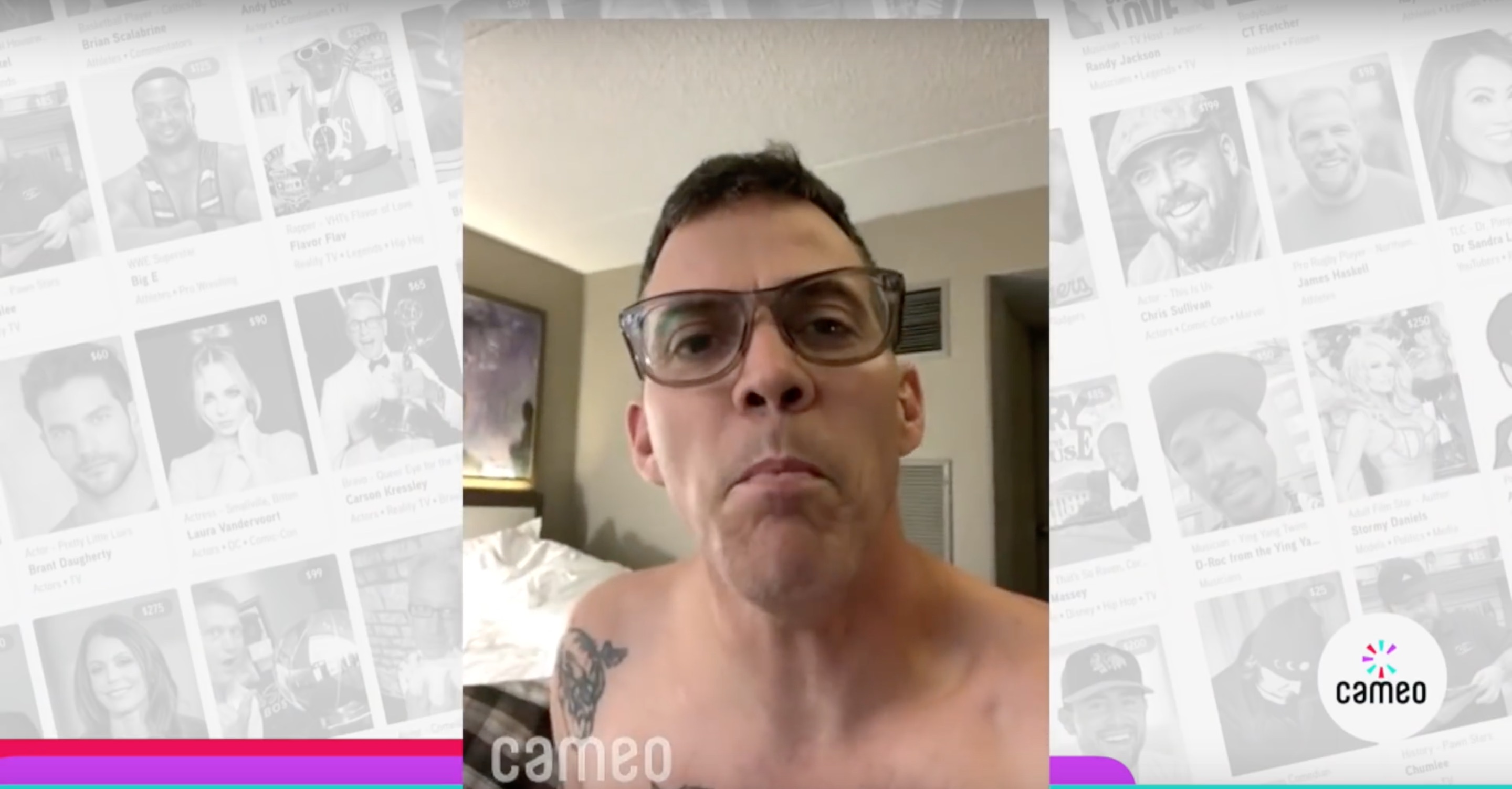 This month in content marketing, Steve-O is recording get well messages, Philips Espresso wants you to make Tiramisu, and Jumanji celebrated Thanksgiving.

Steve-O Records A Get Well Message

Want a celebrity to record a message? Once upon a time you’d have to run into Kelsey Grammer at the airport and convince him say something into your phone for you to show off on Reddit for fake internet points. Now you can pay an actual service to get your custom celebrity messages, no public harassment required, with Cameo. And what better way to promote a service like this than to film a reaction to an actual shout out?

Binging With Babish Makes Tiramisu With Help From Philips Espresso

Binging With Babishhas picked up plenty of sponsorships over the past couple of years. This one isn’t better or more interesting than any of the others, but we’re including it to make a point that there’s probably a YouTube show out there making popular content related to whatever your business is. So make a pitch, what’s stopping you?

There’s a Jumanji sequel coming out in December, and you may have heard about it from billboards, late night appearances, or the trailer. But it’s also likely you found out thanks to content like this. After all, when you have talent like the Rock, Jack Black, Kevin Hart, and Karen Gillan, you may as well give fans extra content. It’s easier to get hyped about Kevin Hart screaming about Brussels sprouts than about a billboard.