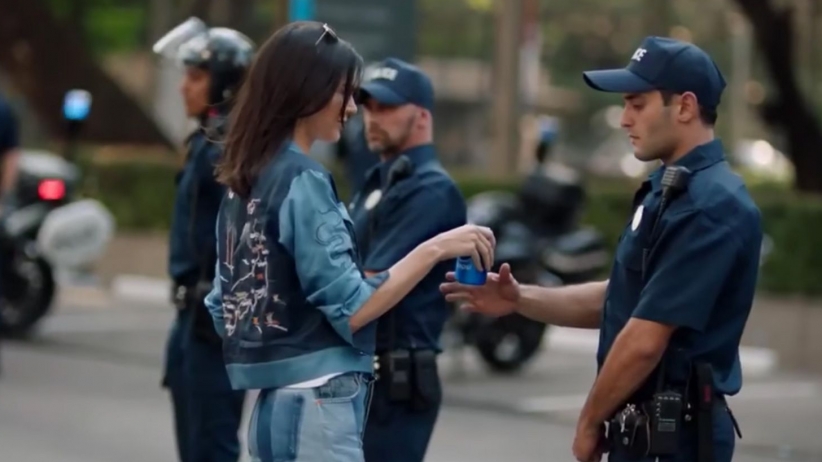 A Tale of Two Pop Commercials

Or, what would have happened if Twitter existed in 1971?

A massive soft drink company wants to appeal to young people. They notice that social awareness and progressive change are the hip new things with kids, so said soft drink company assembles an ensemble so racially diverse it would make a CBC casting director jealous, co-opts as much of that current progressive imagery as their stockholders are comfortable with, and tells the world that their soft drink will solve, well, just everything.

Yes, I’m talking about Coca-Cola’s 1971 commercial, “Hilltop”, an ad so beloved that it’s housed in the Library of Congress. Here’s the colour-corrected, re-mastered for 4K version Coke released last year:

But I could also be talking about Pepsi’s recent stupid “short film” featuring the estimable Kendall Jenner. A piece of content so universally hated that Pepsi has erased it from their YouTube channel and pulled it from the air.

Granted, there are a couple of differences between the two ads. One, Coke didn’t hire a celebrity shill. Two, they have their progressive and diverse young people square off against any kind of authority figures. Coke was wisely careful to not evoke bloody confrontations like Kent State. (Pepsi, not so much.)

But that’s where the differences end. To my cynical millennial eyes, “Hilltop” is exactly as cloying, trite, saccharine, and tone-deaf as Pepsi’s latest contribution to hasty corporate apologies. “I’d like to buy the world a Coke and keep it company. / It’s the real thing, Coke is what the world wants today.” Flower power was bought off that cheaply? Are you kidding? The generation born in a cross-fire hurricane, wanted love to be a funeral pyre, and had very strong feelings about not getting fooled again* really just wanted a Coke and some company?

The funny thing about “Hilltop” is that the apparently non-cynical Boomers demanded it. Before it was a commercial, it was a jingle by Bill Backer, who wrote of the idea: “So [I] began to see the familiar words, ‘Let’s have a Coke,’ as more than an invitation to pause for refreshment. They were actually a subtle way of saying, ‘Let’s keep each other company for a little while.’”

The jingle ended up being so popular that people called into radio stations and asked to hear it again. Let’s repeat that: in the year that Zepplin IV came out, people liked a jingle so much that they asked for more. Adblock, as a concept, would not make sense to the apparently bored people of 1971.

That demand inspired Coke, and Backer ended up expanding the jingle into a full song. A Coke-free version was also written and performed by The New Seekers, a derivative band formed after the breakup of the Seekers. Both versions of the song became real Billboard hits, with the Coke version hitting #13 and the New Seekers hitting #7.

Maybe Pepsi was jealous of all this baffling success on Coke’s part. Maybe they thought they could have their very own beloved ad ensconced in the Library of Congress, to be imagined by some future knock-off of Don Draper. Maybe they saw the success of YA fare like Divergent and Maze Runner and thought that they too could write a story where a bunch of photogenic yet interchangeable kids support the world’s most special young woman who barely expends any effort and yet saves improbably saves the whole world.

Kendall Jenner gives a Pepsi to a cop and rids the world of -isms. Y’all can go somewhere with this tone-deaf, shallow and over-produced ad. pic.twitter.com/CEr4cAw3Ld

It doesn’t matter which soft drink you’re offering. If “Hilltops” had happened in 2017 and the Tokenism Singers offered Twitter a Coke with some company, Twitter would tell Coke to fuck off too.

Why all the cynicism anyway? Well, this is a generation that hates advertising. Or maybe more accurately, the people of 2017 hate advertising regardless of generation. People aren’t merely offended by the elements of Pepsi’s ad, they’re offended that it’s coming from Pepsi and a foot soldier of the Kardashian clan. (Who, bafflingly enough, still has the ad up on her YouTube channel.)

Maybe we’re completely wrong. Maybe, as some have suggested, Pepsi’s ad was a total success.

But we have a better idea. Next time, Pepsi and other aspiring pariahs, don’t try to squeeze such a complex and charged message into a TV ad. Longer form content would have been a much better idea to tackle this message.

Or just stay the fuck away from it.

* By turning that jingle into a song, Coke turned it into a very successful piece of content marketing. In 1971,“Won’t Get Fooled Again” topped the Billboard chart at #15. Which means both versions of Coke’s song were more popular than The Who’s iconic tune. Boomers are well-advised to think about that the next time they crap on the music their Millennial kids are streaming.