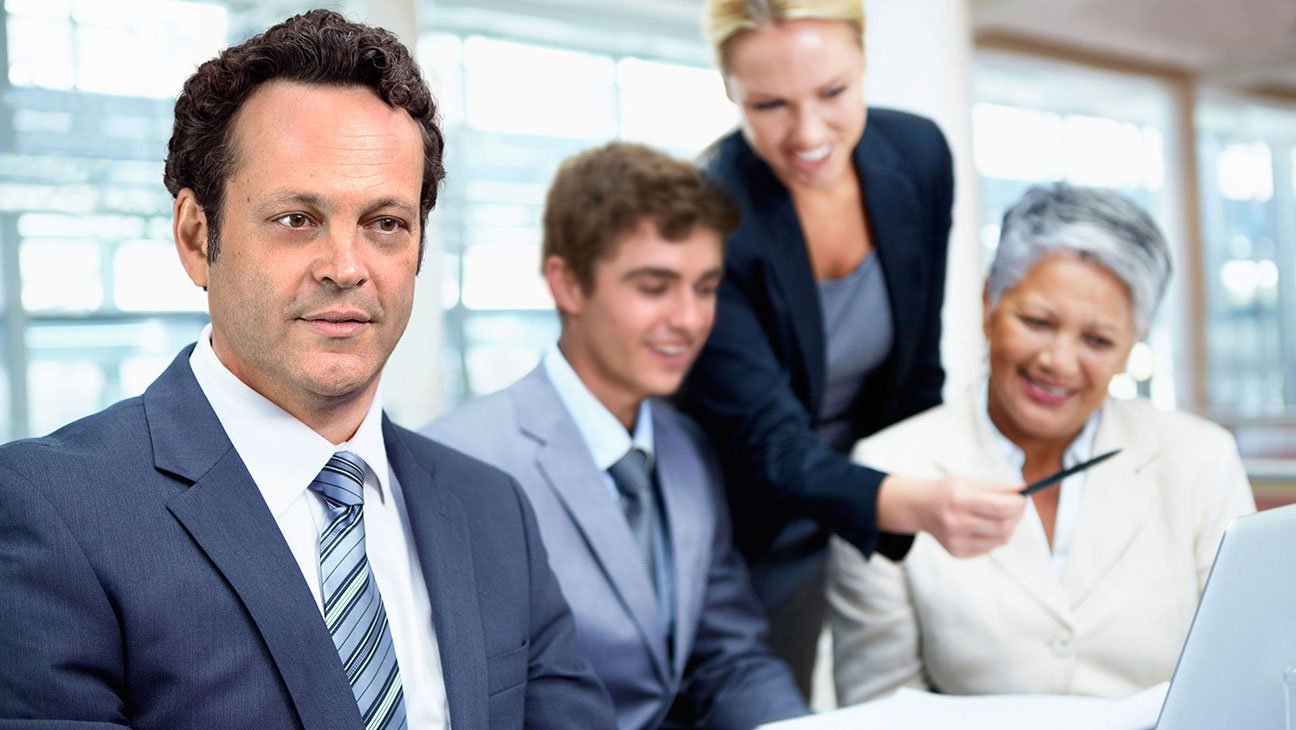 From Vince Vaughn to the Oscars.

Vince Vaughn has a movie coming out called Unfinished Business. Know how we know that? Because he and his co-stars went and posed for a bunch of weird stock images . . . that you can totally use. Seriously. As long as you’re writing editorial (as we are), you too can have the oddly blank-faced Vince Vaughn on the front page of your site. Also, we never thought we’d see the day when someone could hilariously parody stock photos, but hey, here it is.

In case you missed it, LEGO took over the Oscars with this colourful, bombastic, acid-test of a musical number. Or maybe you didn’t miss it, and you’re still coming down from the sugar high. Either way, while other companies were spending up to $1.8 million for a thirty-second commercial spot during the Oscars, LEGO captivated the whole world and even built their own LEGO Oscar, as seen here with Oprah.

Anthony Bourdain is all about exploring the cool, the authentic and the underground in the food world, but now, he’s working with whisky distillery The Balvenie to do so. Bourdain starring in a straight-up whisky commercial would be weak (and against Bourdain’s smack talk about other chefs selling out), so that’s why he’s looking into Brooklyn’s most sought-after cast iron producers. How sought after? Order a $300 skillet now and it ships in May.

Tech-friendly Obama launched a podcast back when he was a senator, did a Between Two Ferns and an AMA on reddit. So is it any surprise that he showed up in one of Buzzfeed’s clickbaity but intensely popular videos? It’s got a serious business purpose, to promote open enrollment at Healthcare.gov, and it generated millions of views.

Oh, and by the way, he’s using a selfie stick. If Obama admits they’re embarrassing but still uses one, they can’t be all that bad, can they?

You probably saw that video last month of a train smashing through snow like nothing, right?

Well, that train is made by GE, and in February GE smartly hitched their, umm, locomotive to that viral sensation.  GE just happens to have this cool little online magazine with shockingly broad appeal and sometimes they cleverly curate other people’s content involving GE products. Like that train video.

BTW this isn’t a technical magazine just for people who buy trains or jet engines. It’s a media-savvy look at the frontiers of technology, from 3D printing to laser cutting, industrial data to digital pathology, all aimed at a non-technical but still curious, social media-oriented audience. And it’s a heck of a brand-builder for GE.