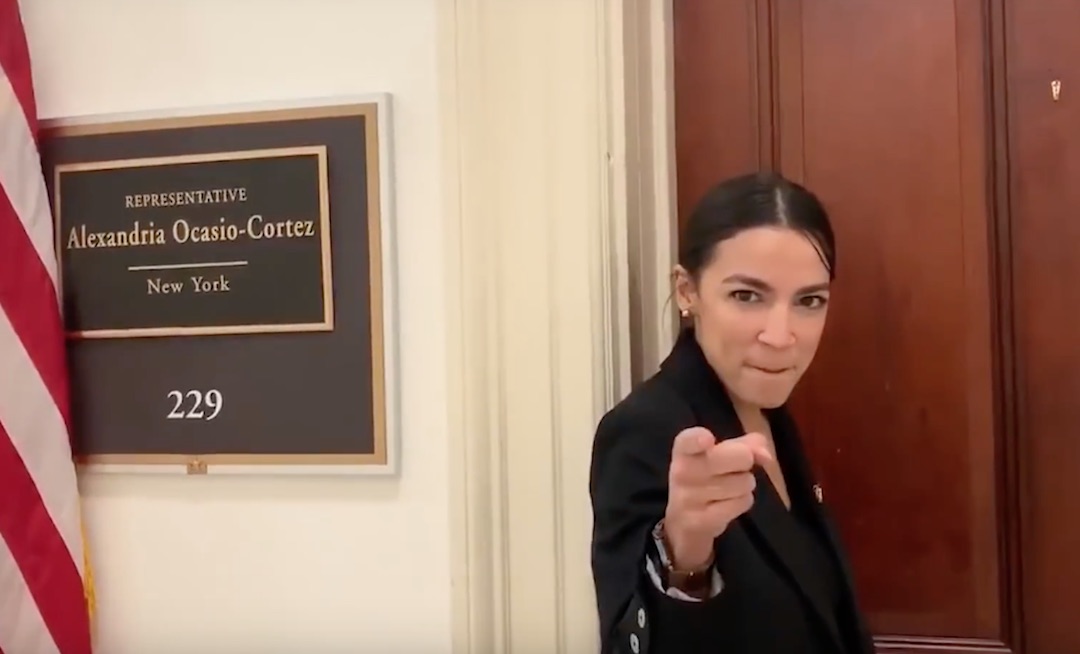 In a word: effectively.

Lots of media gush about how great Alexandria Ocasio-Cortez is at using Twitter. In fact, she recently led a workshop designed to teach her fellow Democratic legislators how to be better at social media. Indeed some people, AOC’s critics especially, assume that this just means she can write better tweets or is more assiduous about engaging followers. She is, but her mastery of social media is deeper. AOC uses content marketing to bring a level of authenticity to her public life rarely seen in politicians, she engages in internet culture because she clearly understands it, and she manages to educate her followers about the political process while advancing her agenda.

Politicians Have an Authenticity Problem

Look through his Twitter feed and you mostly find safe policy statements, tweets promoting cable news talking heads, and pictures of him glad-handing constituents. Most politicians, regardless of their political stripe, take this safe, bland, zero-substance approach.

By contrast, AOC’s Twitter and Instagram feeds are lively and full of her personality. Earlier in the year when some QAnon trolls on Twitter tried to make a big deal of a video of her dancing to “Liztomania” in college, AOC clapped back by shooting a short video of her dancing in front of her office in Congress.

I hear the GOP thinks women dancing are scandalous.

Wait till they find out Congresswomen dance too! ????????

Have a great weekend everyone 🙂 pic.twitter.com/9y6ALOw4F6

Internet culture can appear impenetrable to people not constantly immersed in it. But it’s like any other culture, with in-jokes, jargon, and history. It also moves quickly, so it’s an especially bad idea to try and fake an understanding of it. Case in point, this widely mocked Hillary tweet:

How does your student loan debt make you feel?
Tell us in 3 emojis or less.

People don’t like it when a politician tries to pretend they’re something they’re not. And politics is full of that kind of nonsense. Remember when John Kerry dressed up like a hunter? Or when Roy Moore pretended to be a cowboy?

AOC doesn’t pretend to be anything other than a Millennial woman who’s from the Bronx, is Puerto Rican, used to work as a bartender, is fully immersed in internet culture, espouses socialist politics, and isn’t shy about saying what she thinks and working super hard. And people love her for it. Don’t get this joke? That’s okay. It’s aimed at the crowd who grew up on memes.

Earlier this year, AOC called into a Twitch stream. A YouTuber named H.Bomberguy (real name: Harry Brewmis) was playing a marathon game of Donkey Kong 64 in support of a UK transgender charity. AOC called in with a mix of policy and personality. She explained a bit about the politics around trans rights in the US and then told Brewmis that the N64 was her favourite console ever.

Before even being sworn in, AOC was on Instagram Live cooking mac and cheese in her Instapot (after soliciting recipes from followers) and answering live questions.

What advice do incoming members of Congress get about setting priorities, fundraising, and dealing with constituents? Thanks to AOC, now we know. And some of her content is more about the day-to-day challenges of working at the Capitol.

Successful politicians are about media as much as messaging. In the 19thcentury, carefully worded, complex speeches were fine, since audiences were more likely to read the text of a speech in a newspaper rather than actually hear the words aloud. With the advent of radio, smart politicians like FDR understood not only that voice mattered more, but that a new kind of intimacy with a listener was possible. Much has been written about how JFK successfully calibrated his appearance and demeanour during the 1960 Presidential debates to beat a pale, sallow Nixon. And then there’s Newt Gingrich, who understood that cable news and C-SPAN could be a tool to shift his party, and America, to the right while taking power in the process.

The media that matters in the modern age is online digital content. There’s no shortage of delivery platforms and it’s cheaper than ever before for a politician to get their message out there. Some Democrats in 2018 took advantage of that fact, turning former Republican strongholds into competitive races.

Politicians need to be studying AOC’s success and studying hard. Currently, the top viewed video from any politician on Twitter is her “corruption game” speech. And when was the last time people cared so much about a speech in Congress?