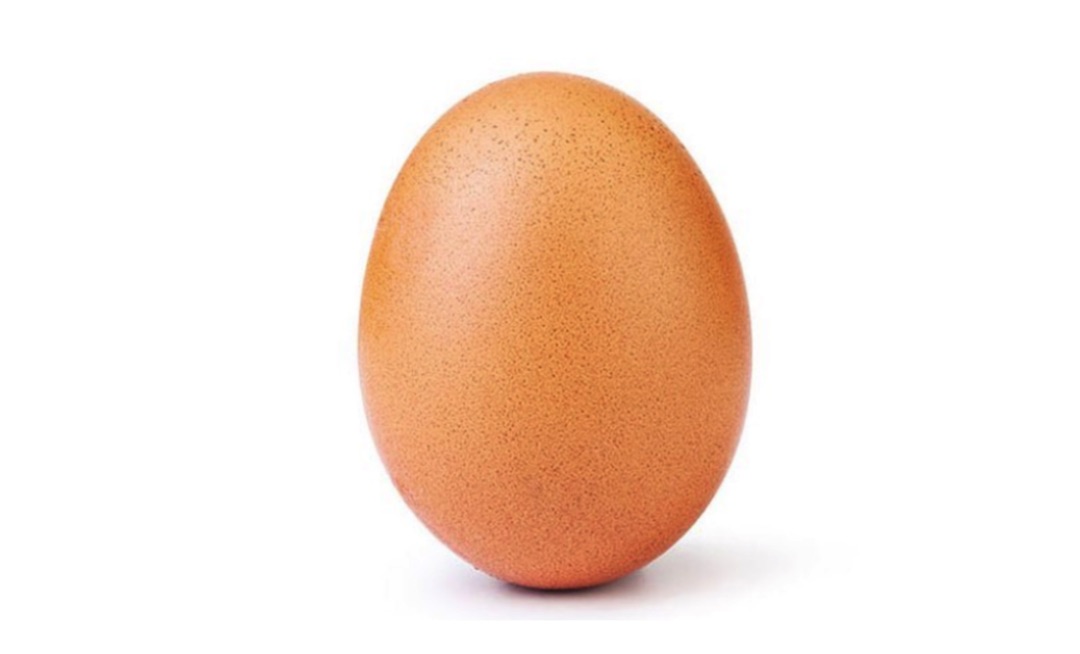 The World Record Egg Was All About Mental Health

When Instagram user world_record_egg posted a single picture of an egg back in January, the only accompanying text was “Let’s set a world record together and get the most-liked post on Instagram. Beating the current world record held by Kylie Jenner (18 million)! We got this.”

That’s it. It was just a silly meme account for beating Kylie Jenner. Users on sites like Reddit and 9gag thought it was fun and the picture became the most liked on Instagram in all of nine days.

Then, images of the egg with cracks started to appear. The account promised answers after the Superbowl and the internet was rife with speculation regarding who was behind the account. Eventually, it was revealed that the whole thing was to shine light on mental health, with the final image linking users to a site listing mental health resources all over the world. As far as internet trickery goes, this one was pretty good.

Phew! I feel so much better now ???? If you’re feeling the pressure, visit talkingegg.info to find out more. Let’s build this list together ???? #EggGang #WeGotThis #TalkingEgg

Hoonigan is a racing team that competes in rallycross and they have a pretty neat YouTube channel where they do things like make a car with wooden wheels, turn junk cars into race cars, and race each other in extremely customized cars. The Grand Tour has a video game that they’d like to promote, so they sponsored this Hoonigan video where they turbocharged this old car to a ridiculous degree. Makes sense to us.

If you’re over a certain age, you no doubt remember Dr Ruth. She had a bunch of shows on TV where she’d answer call-in questions about sex and sexuality, and in a pre-Internet age she was your best bet for honest answers about what parents bafflingly called the birds and the bees. Well, in the run-up to Valentine’s Day, Twitter users could tweet at the Planter’s peanut and #AskDrRuth a sex question. Wait, the Planter’s peanut? Yeah. Planter’s sponsored the whole thing, their angle being that this was a “crunchtime” hotline. Get it?

Anyway, this is probably the most action the Planter’s peanut has ever had, so we’d call that a success.

In a crunch for #ValentinesDay? I’m teaming up with love expert, media personality, and author @AskDrRuth to reopen her hotline and answer YOUR burning questions.

A Blind Mechanic Drives for the First Time in His Life, Thanks to Mercedes Benz

We’re sick of car ads where some car drives on a gently winding road along a windswept coast, splashes through water without hydroplaning, or a voice over telling us that this is more than a car. It’s dumb. It’s tired. Everyone does it to the point of parody.

So we’re glad to see something different. This video is about a blind car mechanic, Bart Hickey, who wanted nothing more than to be able to drive. So Mercedes Benz took him and his son out to a super flat desert and let him go nuts in a Mercedes-AMG GT R. This is way better than 99% of car commercials. Oh, and there’s a nice touch at the end where they invite viewers to visit Hinkey at his car repair business in Illinois.

This Soothing Video About Repairing Japanese Temples Without Nails

Lots of Japanese temples are built without nails, which means they need a clever series of joints to build things. This video, by documentary company Great Big Story, features an expert carpenter named Takahiro Matsumoto explaining how and why these joints work. It’s an example of a partnership between Genesis, Hyundai’s luxury car division, and Great Big Story. Genesis has bet heavily on content that is interesting and about craftsmanship. It’s a strategy employed by lots of content marketers, because it works.