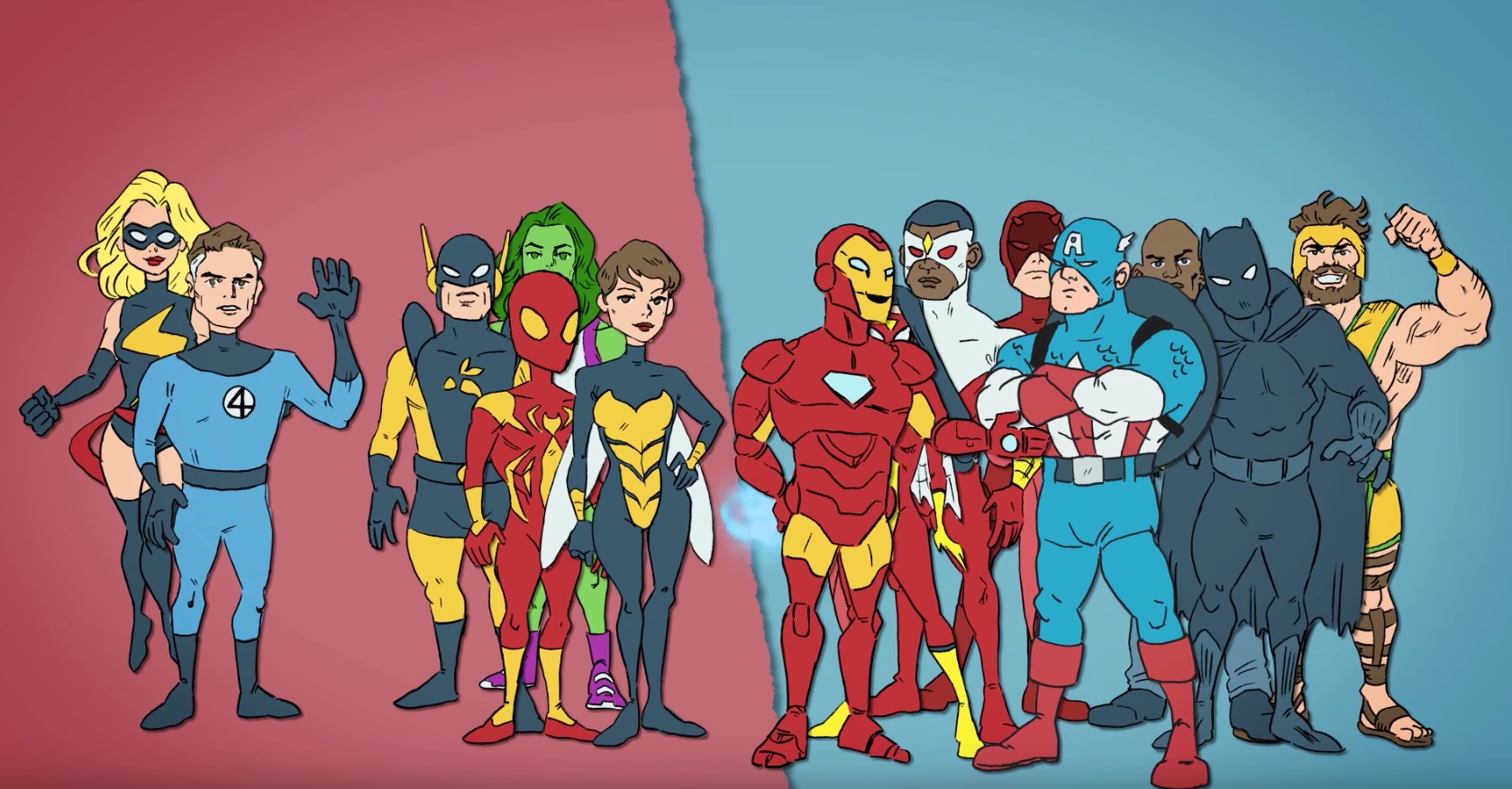 This month Canada hitches our wagon to a blockbuster movie.

This month in our round-up of the best content marketing: Marvel explains their more convoluted storylines, Airbnb launches a magazine, Heathrow Airport jumps into the Christmas spirit early and Canada tries to cash in on J. K. Rowling’s latest blockbuster.

Why on earth does Marvel, a company already rolling in dough from their blockbuster movies, TV shows, and comic books, need to market with content? Well, it’s precisely because of too much content that they need Marvel TL;DR. One of the biggest problems Marvel has in acquiring new customers is that their product can be too opaque. If you don’t have the time or money or inclination to read through Spider Man’s entire backstory, jumping in can seem daunting. That’s why they’ve launch this little explainer series that tackles major Marvel story arcs and cuts to brass tacks.

Airbnb understands content. In the spring they started offering their guidebook apps; the idea being that their customers could get the concierge experience without an actual concierge. Now, they’re launching their own in-room magazine. The first issue of Airbnbmag is entirely devoted to Los Angeles, which is hosting the Airbnb Open. It features 28 pages of editorial content including spotlights on particular LA neighbourhoods, profiles of AirbnbSuperhosts, and pieces on Airbnb Trips (which are app-guided tours). Next year, they aim to publish the magazine twice and have it available with every host.

Have You Ever Heard of VideoBlocks?

VideoBlocks offers high-quality stock video footage to subscribers. It’s like BigStock, but with video. How do we know this? We were watching Real Engineering channel’s newest video, Why Build Higher?, when the video briefly interrupted to thank VideoBlocks for sponsorship. This is an example of a business recognising good content and offering a little sponsorship money. It works because there’s a bit of a logical relationship (in that VideoBlocks offers stock video and Real Engineering uses stock video) and because Real Engineering is a known commodity with a dedicated audience. Remember, you don’t always have to think up your own content—sometimes you can just pay for something that’s already successful.

Christmas is a marketing bonanza for airlines and airports—just ask WestJet. Anyway, here’s Heathrow getting in on Christmas early with a video about two elderly teddy bears on their way home for Christmas. Schmaltzy? Absolutely. But ‘tis the season for schmaltz.

Fantastic Beasts and Where to Find Them hit theatres this month, and the folks at Library and Archives Canada decided to jump onto the film’s hashtage, #FantasticBeasts. How? With these archival images from the Here Be Dragons period of Canadian maps. Of course, said images are hosted on a staid Government of Canada site, the images themselves are not optimized for sharing, and some bureaucratese sneaks in there (“Please note that we may have embellished our descriptions a bit, but it’s all in good fun,”), but we have to say: not bad.