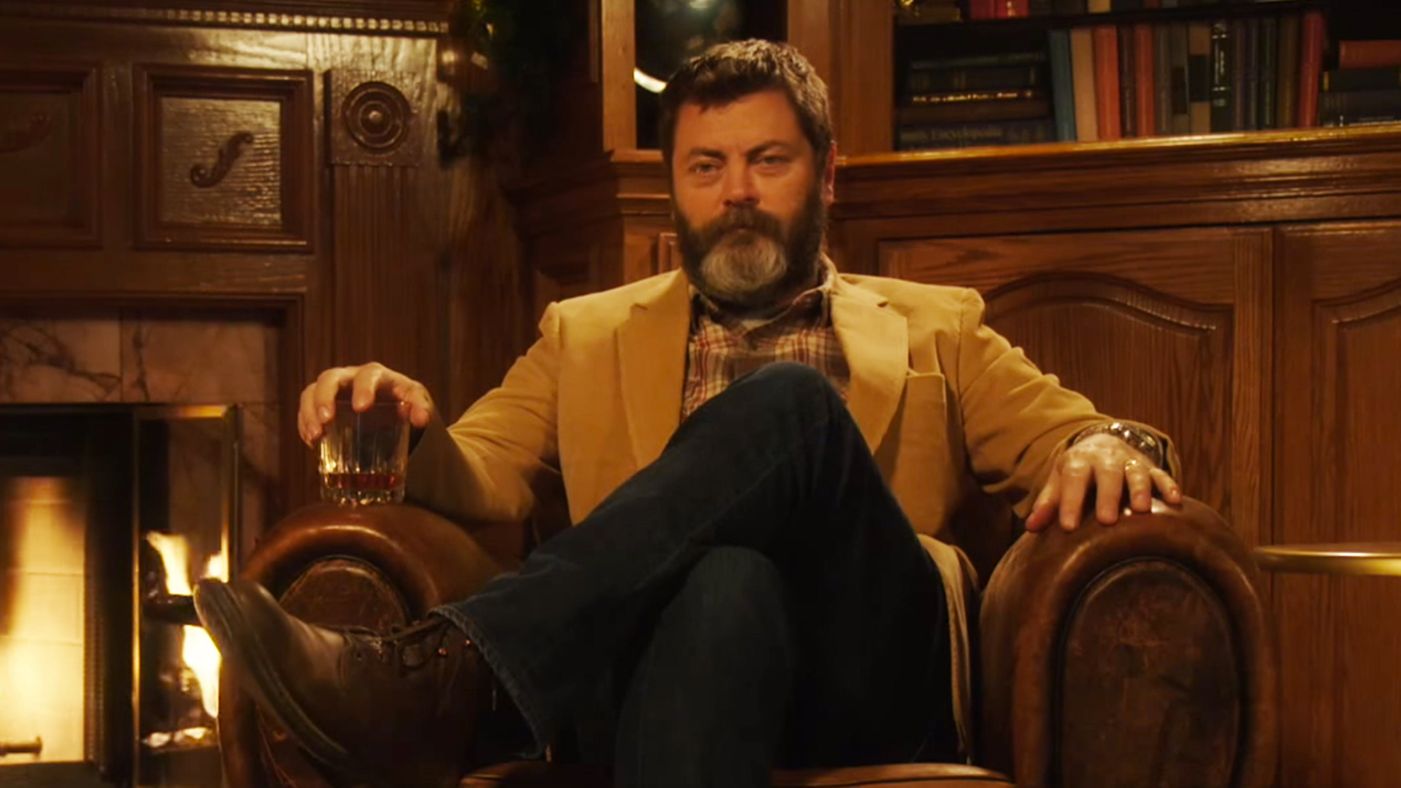 Nick Offerman drinks Lavagulin, and Toronto Hydro produces a stinker of a video.

So, how about that New Year? Let’s kick it off by looking straight backward!

It’s a little odd that big, expensive, high concept air safety videos have become a thing, but we suspect it’s because regular air safety demonstrations are so boring that the star power of Luis Suarez is necessary to attract eyeballs. Still, this video for Qatar Airways is sharp, funny, and is making us watch despite the fact that we aren’t sitting in an airplane.

Nick Offerman has been a long-time fan of Lagavulin, mentioning that fact both in real life and on Parks & Recreation. Of course, when fate hands you a fan like Offerman, the smart move is to offer him money and make him your pitchman. Which is exactly what Lagavulin did. The other handy thing about being handed a pitchman with a persona: the content nearly writes itself. We’d hang out with Offerman by the fire with Lagavulin saying nothing. The whisky does the talking.

Nate Silver’s data-driven news site fivethirtyeight has been a breath of fresh air for news junkies who like hard data to back up punditry, and they’ve been putting out awesome content all year long. Most of it isn’t sponsored, but this seven-minute video documentary about the role of big data in the fight for marriage equality is—by Acura, of all companies. So why is Acura sponsoring something that doesn’t seem to have that much to do with their business? The same reason they sponsor Jerry Seinfeld: this is really good content, they think it’ll be popular in a substantive way, and it never hurts to pay for top quality.

General Electric does lots of awesome sponsored content. In fact, we’ve featured them three times this past year (for their TV show, their online magazine, and their drone extravaganza). Now, they’re back with comic books. See, they’ve been in the content marketing world for a long time, having first made some comic books back in the 1950s explaining things like electricity, careers in engineering, and X-rays to kids. You can read the full issues online. Well, GE decided to dust off that concept for a new generation, writing new stories about things like virtual reality, cybernetics, bio-hacking, and more. The best thing about the project is that they stories come off as fresh and exciting because GE gave the writers a huge degree of latitude—they didn’t have to shoehorn in any GE product placement, talking points, or key words. Honestly, if you have kids, take a look.

. . . And Toronto Hydro Strikes Out Hard

Did you know that only 25% of Torontonians have supplies to last a 72-hour blackout, which is what the government recommends? Man, how do we convince the remaining 75% of Torontonians to get with the program? Well, we certainly wouldn’t advise a YouTube video like this. It comes off a touch sexist in a 1950s Leave it to Beaver kind of way (poor Sarah can’t get her shit together because she’s spending too much time drying her hair and shopping?).  It’s overly long, and if they were going for that enthusiastic 1950s PSA style, they missed the mark. And given that it only has north of 1,500 views at the moment, we doubt that 75% of Torontonians are sorting out their emergency kits anytime soon. Do us a favour: flip through this little government pamphlet about emergency preparedness, and note how it’s a sad day in content marketing when an inexpensive government pamphlet is better than the expensive video below.