Content marketing and elections should go hand in hand. Here are some lessons on how to do it right.

Back before the writ dropped, Employment Minister Pierre Poilievre made a bunch of cringe-inducing videos like this one, announcing the Universal Child Care Benefit expansion. You don’t have to watch the whole thing (we’d be surprised if you did), but we’d like to make three points about it: one, it’s an election video, two, it’s content marketing, and three, it’s bad content marketing.

Why is it an election video—even though Poilievre made the series back in May? Well, all communication made by politicians who will eventually seek re-election must keep said re-election in mind. That’s why branding has become hyper-important to this government, who indeed decreed that all public servants should say “the Harper Government” instead of the “Government of Canada“ in all their communiqués.

So why’s it bad content marketing? Take your pick: Poilievre is boring, nobody likes being “talked at”, but most importantly, it’s a bit deceptive: it’s nakedly partisan while pretending not to be nakedly partisan.

So when it comes to content marketing and elections, what works? 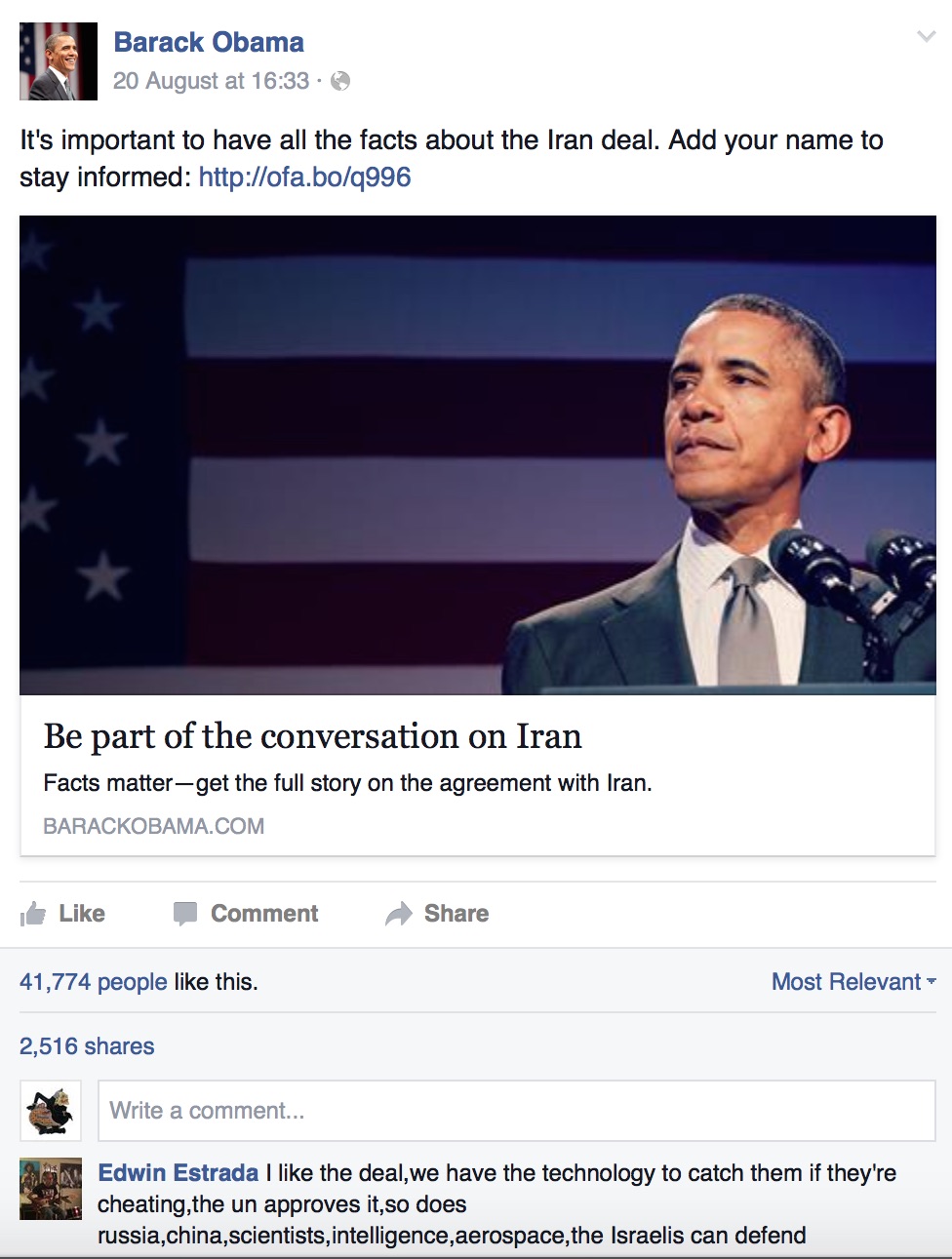 2. Involving your base in creating content. Speaking of Obama (honestly, nobody does political content marketing better), check out his Truth Team. The vast majority of political content involves people talking to each other on Facebook, reddit, and other online places, so Obama’s team decided to give them a modicum of organization and some ammunition in the form of talking points.

3. Borrow interest. Most politicians, and the message they want to get out there, are not inherently interesting, if not downright boring. So what do you if you lack the charisma to “go viral”. You partner with someone who doesn’t. Once again we turn to Obama for our lesson. In 2013 and 2014, Obama successfully raised the profile of Healthcare.gov (and distanced himself from the controversy about the site’s performance) by partnering with Funny or Die and Buzzfeed. Millions of likes and shares followed.

4. Speaking authentically. Calgary mayor Naheed Nenshi is a monster on Twitter because he speaks to people authentically, even people hurling abuse his way. That reputation has inspired people on the internet to Photoshop their own Nenshi tweets. By contrast, Mitt Romney’s campaign tweets had to be approved by twenty-two people.

5. Be nimble and creative. Smart marketers know that immediacy is the essence of social media. And in the rough and tumble world of political campaigns, that’s never been more true: you’ve got to jump on opportunities and move with lightening speed.  We found an example of this in an unlikely place: the campaign for presidential long shot Lindsay Graham. When The Donald revealed Graham’s cell phone number at a campaign event, Graham (or, at least, his campaign team) jumped into action and turned it into social media gold with a YouTube video of the candidate smashing cell phones. It was a clever response, and made the painfully uncool Graham, cool (at least for a day or two).